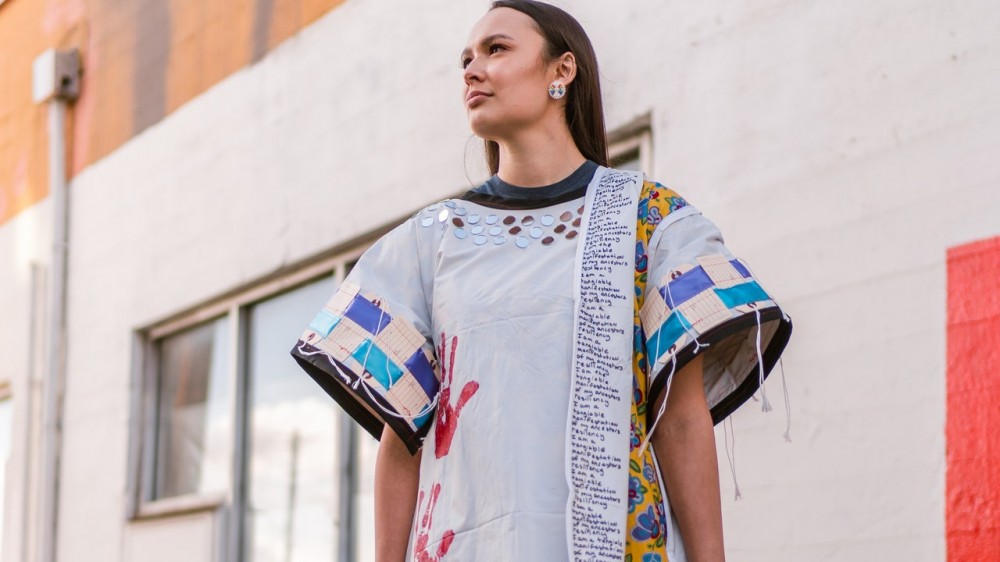 In March, public health researcher Abigail Echo-Hawk (Pawnee) and her colleagues at the Seattle Indian Health Board reached out to their local and federal partners for more PPE so they could continue serving Washington's Native population. When they received a large package a few weeks later they were elated—until they opened it and found a stack of body bags inside.

“We're not a hospital system. We don't have inpatient, we don't have hospital beds. If somebody died here, we would call an ambulance,” said Echo-Hawk. “I went home and I just cried that night, which I unfortunately do often.” To her, the body bags were a symbol of how little the United States values Native lives and a foreshadowing of the massive outbreaks that would take hold on reservations like the Navajo Nation. In Native communities, the mortality rate from COVID has been nearly double that of the rate among white populations—revealing weaknesses in the Indian Health Service and putting Indigenous elders at risk.

Later, Echo-Hawk took some of the body bags home, where, slowly, a vision emerged: She decided to transform one of the body bags into a traditional ribbon dress. The dress would comment on the ways the pandemic has disproportionately impacted Native communities and honor the women whose lives have been put in danger by rising rates of domestic violence and assault.

According to the Centers for Disease Control, Native women are ten times more likely to be murdered than women of other ethnicities. Echo-Hawk’s team at the Urban Indian Health Institute, a division within the Seattle Indian Health Board, reports that Native women are also 2.5 times more likely to experience rape or sexual assault. This tragedy has only increased during the pandemic. In August, Debra O’Gara (Tlingit and Yup'ik), senior policy specialist at the Alaska Native Women’s Resource Center published a press release outlining how COVID had exacerbated the long-standing problem.

Nine months after first bringing the body bags home, Echo-Hawk shared the final product on Instagram. “I’ll never accept their body bags for our people,” she wrote in the caption, “all I will accept is a world where we are thriving, ever continuing.”

Ribbon skirts and dresses have their origins in the late 18th century when Indigenous communities in the Americas began trading with European settlers who brought with them fabrics and ribbons. But the skirts became newly meaningful in the mid-2010s when Native organizers began demonstrating against oil and gas pipelines. “Around 2011 there was a movement within the Lakota, Dakota tribes to reclaim” ribbon dresses and other cultural regalia, says Alexandra Romero-Frederick (Oglala Lakota), a textile and beadwork artist based on the Rosebud Sioux Reservation in South Dakota. Native women were asked to wear their skirts to protests, including those opposing the Keystone XL pipeline in 2014.

“It’s come a long way in the last ten years,” says Romero-Frederick. Prior to that, she adds, “you would never see women wearing skirts in public. And now you see them and they’re beautiful.” Part of the ribbon skirt tradition, she says, is keeping extras to share with others who do not have access to fabric or the cultural knowledge to make their own.

In order to make her own ribbon skirt, Echo-Hawk used red thread to sew ribbons along the dress’s exterior and created a fringe with the toe tags that accompany body bags. “Red is the color of prayer. It’s the color of strength,” says Echo-Hawk, “it’s also about holding our women sacred.” Along the ribbons, Echo-Hawk kept her stitches even, but when she came to the toe tags, she switched to jagged lines to mimic autopsy stitching.

Along the dress’s neckline, Echo-Hawk attached mirrors, a common element of cultural regalia that she says was meant to deflect injustice and reflect back any assault on Native women at those making the attack. In the center of the dress, she used her own hands to create three red handprints—symbols of the Murdered and Missing Indigenous Women (MMIW) movement.

When Echo-Hawk’s husband saw that her fingerprints were visible in the ink, he suggested that she obscure them for her safety. She argued the opposite. “There have been times where I am surprised that I made it through a situation where I thought I could have been killed,” she says Hawk. She told her son: “If I ever go missing, you know where my handprint is.’”

Echo-Hawk lined the inside of the skirt with yellow Woodlands fabric and wrote her personal mantra, “I am the tangible manifestation of my ancestors’ resiliency,” alongside the body bag’s zipper. “I come from a tribe in Oklahoma that in the 1830s was estimated at being a population of 38,000.” By the census of 1910, the tribe numbered less than 700. “I'm literally the descendant of genocide survivors,” says Echo-Hawk. “And it is because of their resiliency, and their fight to survive that I can thrive.”

Although the impacts of the coronavirus pandemic have devastated her, Echo-Hawk tried to sew with loving energy. “Each ribbon is prayer. Each stitch is prayer and love and dedication to those people and when you make it, you can't come from a place of anger, you can't come from a place of bitterness,” she said. “It's my responsibility to instead be in a place of peace and a place of loving our people. And for me, that means advocacy, and continuing to push for justice.”

With the dress now finished, local museums have begun reaching out to her about showing the project, but Echo-Hawk says she’s not ready to let go of it just yet. “It’s hanging off of the back of my front door” because “I need to see it every day, I need to touch it when I walk by.” At some point, she might share it, if she knew it was going to be seen by Native people, but for now, she says, “it’s a sacred piece of me.”