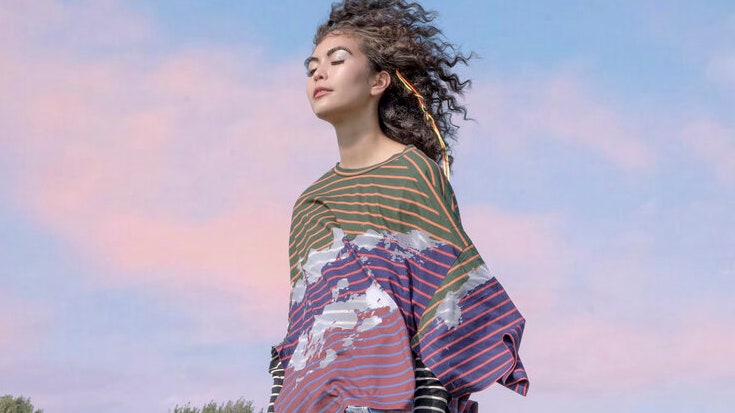 Hardly anything about the New York Fashion Week schedule looks like it did a year ago. For starters, the fall 2021 season kicks off this Sunday—about a week later than usual—not with a show, but with a virtual boot camp class hosted by Jonathan Simkhai and AARMY. Dozens of presentations and events follow in the next five days, most of which are happening virtually, and many of the week’s biggest names—Marc Jacobs, Michael Kors, and Tory Burch among them—are missing.

All to say, it’s a far cry from what we were doing last February: criss-crossing Manhattan and Brooklyn for back-to-back shows, cramming onto tiny benches, and generally being surrounded by people all day, every day. (Experiencing fashion week alone is an entirely different experience!) But some things haven’t changed: New York is still the place to discover new, on-the-rise designers, whether they’re based in New York or not.

A cursory glance at the NYFW lineup reveals many names we’ve never seen before, including the six designers we’re spotlighting here. Taken together, their work tells a story about where fashion is (hopefully) headed: to a more sustainable, gender-fluid, socially conscious place. The diversity of their aesthetics—sporty, crafty, elegant—also reflects New York’s open-minded, something-for-everyone spirit. Discover the new designers on our radar here.

Queens native Colin LoCasio isn’t yet 30, but he already has an impressive resume: After graduating from the Rhode Island School of Design, he worked as an embroidery designer for Marc Jacobs, where celebrity stylists noticed his work and began commissioning him for special looks (including for Cardi B and Bella Hadid). LoCasio is now the design director for Kendall + Kylie, the Jenner sisters’ contemporary label, but he found time to launch a label of his own in 2020. Influenced by pop culture and a passion for textiles, LoCasio’s first collections have been bright and audacious, with lots of printed mesh, sequined robes, and rainbow faux furs. As a child of the ’90s and early ’00s, he leans into his earliest memories of TV and movies, knowing many of his clients have a similar fondness for Lizzie McGuire and the Power Rangers. His new fall 2021 collection will stream live at nyfw.com on Wednesday, February 17th at 11:00 a.m. EST.

Central Saint Martins graduate Jungwoo Park presented his first menswear collection in a London garden in 2017, but a key piece went missing just a few hours later. He never got it back, hence the label’s name, and Park has since shown in his home base of Seoul, South Korea. The entirely-virtual nature of Fashion Week offered a chance to present his new work on the NYFW calendar. His crafty take on menswear—hoodies under crochet nets, unraveling knits, button-downs accented by tulle puffs—will be a welcome addition to the streetwear-heavy New York Men’s Day lineup. His show is streaming live on Monday, February 15th, at 12:30 p.m. EST.

“Political designer” is the first line of Chelsea Gray’s Instagram bio. Social consciousness and political activism have been an inextricable part of her brand’s story from the beginning. After earning a Master in Fine Arts degree in fashion design from the Academy of Art University in San Francisco, Grays launched her eponymous label with a focus on textile design, repurposed materials, gender fluidity, and social justice. In 2018, the “paper bag test”—a 19th century practice in which a brown bag was used to determine if an individual’s skin color afforded them certain privileges—inspired a project that earned Grays a finalist spot in the CFDA’s Geoffrey Beene Design Scholarship Award competition. She shared a teaser for her fall 2021 collection on Instagram: a vintage photo of an American soldier flexing his muscles on an army tanker, plus the words Homage to 2020. Find out what that means on Monday, February 15th at 12:20 p.m. EST through her live presentation and film.

There was a time when “L.A. brands” all looked more or less the same, but Nahmias is neither beachy nor bohemian. Based in Los Angeles and using the luxurious materials you’d find in a Milan or Paris studio, Doni Nahmias is bringing a touch of elegance to the crowded streetwear market. Think: sand-washed silk joggers, distressed Italian cashmere sweaters, velvet button-downs, and hand-cut patchwork jackets. The line is just two years old, but it’s already stocked at Ssense, H. Lorenzo, and Maxfield, and is frequently worn by Justin and Hailey Bieber. See the fall collection before they wear it at nyfw.com on Tuesday, February 16th at 9:00 a.m. EST.

Trippy knits are the thing at Ka Wa Key, designed by Key Chow and Jarno Leppanen. Their experiments with sustainable materials, intricate knitting techniques, and inventive dyes caught the attention of the Wookmark Prize in 2018, the same year they nabbed a spot in the Royal College of Art’s accelerator program in London. Ka Wa Key collections are entirely unisex, with fit and sizing up for interpretation (the ribbed knits can go slinky or oversized, and multiple knits can be layered together). While East London is the label’s home base, Chow and Leppanen have shown in New York, Shanghai, Helsinki, and Tokyo in seasons past. Fall 2021 marks a return to NFYW with a live-streamed show on Monday, February 15th at 12:40 p.m.

Dur Doux’s Cynthia and Najla Burt may just be the only mother-daughter duo on the NYFW calendar. Based in Washington, D.C., they specialize in bold, statement-making evening gowns and party dresses with a global feel, finding inspiration in Africa, India, and beyond. “Instead of rooting our brand in the American fashion idea, we are totally rooted in the international,” Cynthia said in Vogue’s February issue. The Burts’ giant tulle dresses are a fan favorite—see: the eggplant number in Vogue—as are the items with 3-D surface details, like a satin mini covered in frosting-like rosettes and a sequin-encrusted pencil skirt. Dur Doux’s fall 2021 collection will be live-streamed on Tuesday, February 16th at 1:00 p.m.