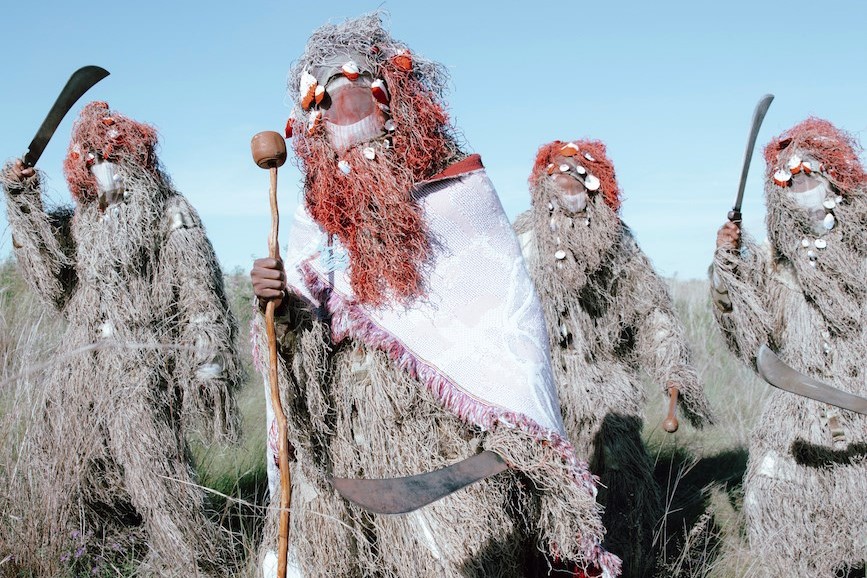 With the pantomime (read: pandemic) ruining the entirety of 2020 (and most of 2021, TBH), designers had to adapt the way they presented shows – with a host of digital moments peppered throughout the year.

After postponing and then going digital for two seasons, menswear Mecca Pitti Uomo is returning to Florence for an IRL moment, just in time for its 100th edition. As always, the schedule is inviting a guest designer to join, this time selecting South African creative Thebe Magugu to present his SS22 collection at the event. Following in the footsteps of previous guest designers like Telfar, Craig Green, Sterling Ruby, and Y/Project, the designer is a natural choice after snatching up the LVMH Prize back in 2019.

“I am incredibly proud to be this season’s guest designer for the special anniversary edition of Pitti Uomo by presenting our first menswear capsule. I have immense respect for the fair’s commitment to heritage and tradition through the ever-expanding lens of the new, which is what we at Thebe Magugu wholeheartedly believe in,” the designer told WWD. “Fashion is an incredibly intelligent industry, with an ability to transport, inform, and inspire audiences and, through Pitti, we plan on continuing our commitment to sharing our history and culture through honest and thoughtful clothes.”

Pitti 100 is set to take place between June 30 and July 2 and will implement measures to ensure it’s safe for attendees with fewer exhibitors, testing, and a requirement to prove vaccination status.