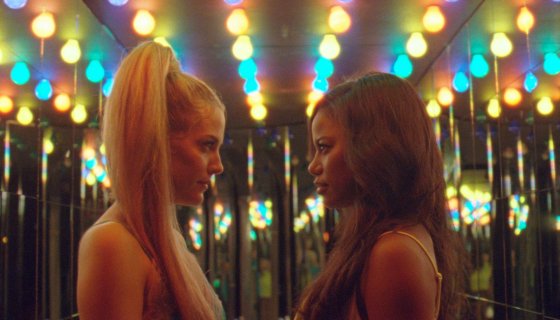 Back in the fall of 2015, an . The stripper, A’Ziah “Zola” Wells, weaved an Oscar-worthy tale of , murder, violence and intrigue, and Backpage, that just had to get optioned into a movie, .

Fast-forward to today and the film, Zola, premiered at the Sundance Film Festival. The movie’s synopsis pretty much says it will stick to the script Zola laid out, which is a good thing:

@zolarmoon tweets “wanna hear a story about why me & this bitch here fell out???????? It’s kind of long but full of suspense.” Two girls bond over their “hoeism” and become fast friends. What’s supposed to be a trip from Detroit to Florida turns into a weekend from hell.

At least one reviewer thinks it captured the rawness of the infamous Twitter thread.

Premiering at the Sundance Film Festival, Janicza Bravo’s romp crosses the American South to chronicle a larger-than-life saga about an appropriating white woman (the ever-magnetic Riley Keough) who takes advantage of a Black pistol (Taylour Paige in a star-making turn). Under the guise of an excursion meant to generate cash from fruitful Florida strip clubs, the “bitch” in question brings along her doltish boyfriend (Nicholas Braun) and manipulative pimp (Colman Domingo), sucking Zola into a whirlwind involving trafficking, attempted suicide, extortion and murder.

The Twitter thread led to a Rolling Stone report fact-checking Wells’ account, which became the source of Bravo’s script, co-written with acclaimed playwright Jeremy O. Harris. Wells had hyperbolized select details, while others were refuted by her travel companion, who insisted she had never in her life traded for money. But Bravo isn’t here to parse fact from fiction. “Most of what follows is true,” a title card cheekily announces at the start. As far as “Zola” is concerned, verifying the veracity of Wells’ perspective is beside the point. The film trusts her voice, right down to the quippy vernacular evidenced on Twitter, which makes the ensuing ride all the more electric. (The movie credits Wells as A’Ziah King, her married name.)

Zola and her alleged white trick b*tch done made it to the silver screen.