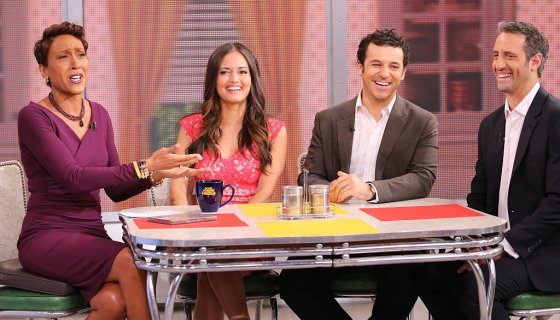 Iconic family sitcom, , is coming back to TV, only this time it’s going to be all Black.

According to published reports, the 1988 coming-of-age dramedy set in the late 1960s and early 70s that told the story of teen Kevin Arnold (played by Fred Savage) and his suburban family, is now getting a reboot that will tell the story of American life during the pivotal Civil Right Era from a Black perspective. Produced by , the reboot will be set during the same time period, except it will focus on a Black family in Montgomery, Alabama.

“How a black middle-class family in in the turbulent late 1960’s, the same era as the original series, made sure it was The Wonder Years for them too,” the show description read.

The reimagining comes as issues of racial justice have taken center stage in Hollywood and across the globe following the death of , among many others, in police custody.

While the announcement stopped short of revealing a projected launch date, the release did note that the reboot would feature some familiar faces behind the scenes, including original show co-creator Neal Marlens, who will be a consultant. Original show star, Fred Savage is also on board, as a director and executive producer, with newcomer  Saladin K. Patterson as the showrunner.

While reactions to the reboot have been met with both excitement and criticism, many were surprised to learn that the biggest critic of the reboot, Fred Savage, joined the plans for the show. During a 2017 interview with Vanity Fair, Savage shot down the idea of the reboot stating that the magic that was captured by the original series can’t be duplicated.

“My answer will remain the same — so I won’t get tired of people asking if everyone else doesn’t get tired of me saying, ‘No, it’s not going to happen,’” Savage said. “You know, I’ve always said that The Wonder Years, it’s not just the name of the show — it’s a time in your life, a very special, finite time in your life. And the way the show was written, it’s about looking back with some longing. I think we all look back at that time in our lives and long for it and idealize it. One of the reasons it takes on this kind of mythic, almost haunting quality in our lives is because it’s something you can’t go back and can’t revisit. It only exists in our memories, in our shared experiences with people who went through it with us. That’s really what the show was all about. And I think that the idea of revisiting the show mirrors that. And I like that… I love all the reboots and revisitations and reimaginings of all these [other] shows, but I don’t think it works, conceptually, for The Wonder Years.”