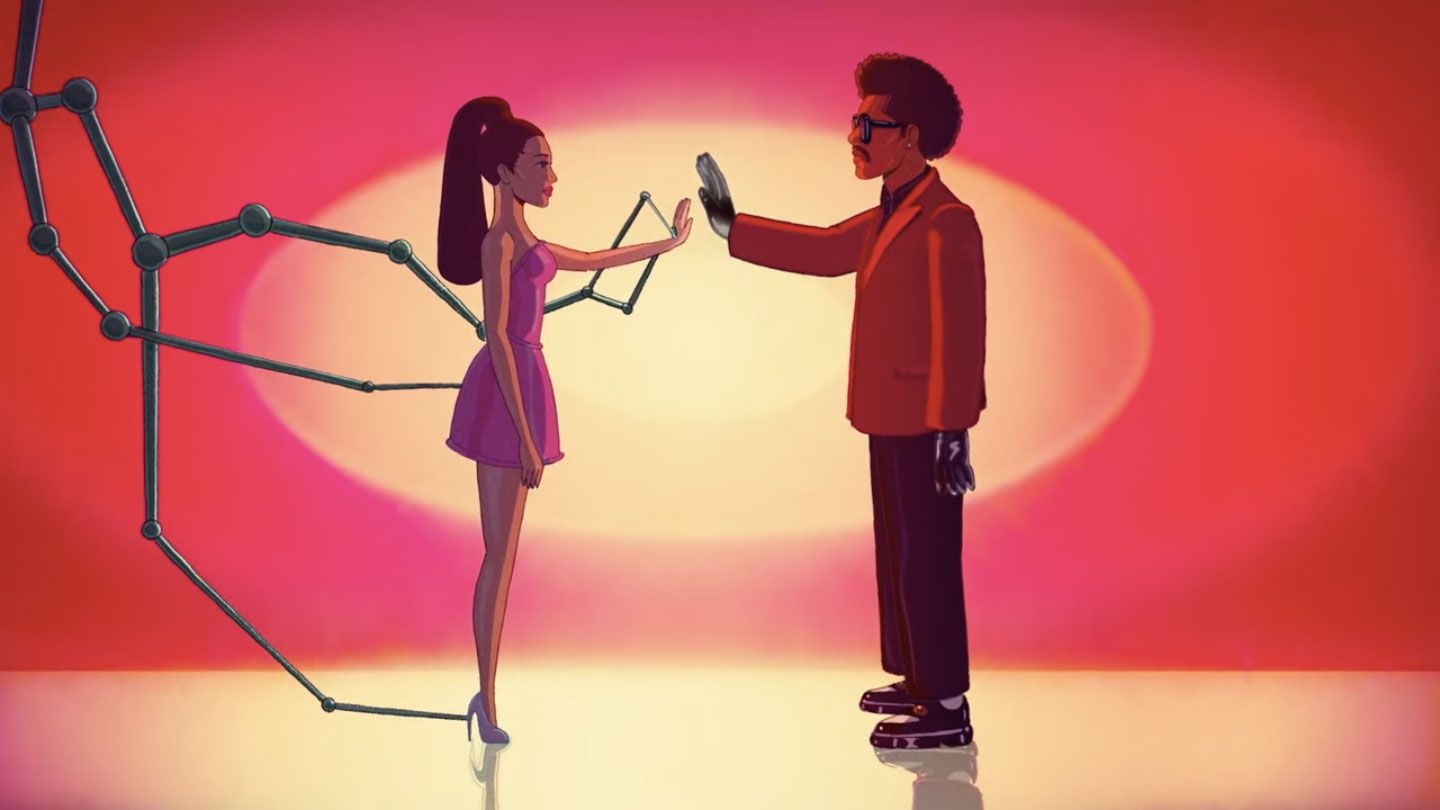 The two first-rate artists have joined their focus to release a remix version of The Weeknd’s “Save Your Tears” hit. The remix was released on April 23rd Friday.

The mega-stars took to Twitter to announce the news of the release by dropping an eight-second audio teaser.

The original “Save Your Tears” gained quiet momentum; as a matter of fact, it made it to the Billboard Hot 100, and it even stayed at No. 5 for several weeks.

This is not the first time the two gifted artists work on a project; it is their third collaboration.
The remix version also has an accompanying visual production, featuring the animated version of both The Weeknd and Ariana.

Stream the new version of “Save Your Tears” below:

To watch the cinematic wonders of the music video, click below: