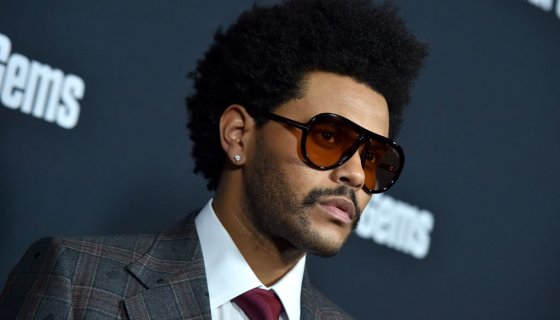 With nearly the entire world cooped up inside as respective nations and their governments respond to the coronavirus situation, music fans are still expecting to get their tunes on schedule. Fans of are most certainly rejoicing after the release of his latest full-length set After Hours, which drops just in time for the homebound lockdown.

Across the 14 tracks on After Hours, the artist born has elected to show how strong his pen game is as there are no features on the album. The heavy lifting is shared by producers DaHeala, Illangelo, Frank Dukes, Metro Boomin, and Oneohtrix Point Never among others.

After Hours comes four years after The Weeknd’s 2016 Starboy release and employs his usual fare of lovelorn crooning atop some of the lushest production you’ll hear in some time. It appears that some fans on Twitter believe that the anguish present in The Weeknd’s voice across the album is due to his now-split relationship with model Bella Hadid.

Others are remarking that The Weeknd has taken the sound present on his past projects Trilogy and the aforementioned Starboy in crafting and emotionally dense and sometimes somber listen, with a few stating that the pain is tangible in the vocals. After we gave it a quick listen, that assessment might not be too far off.

On Twitter, the reaction to After Hours dropping in the middle of the pandemic was more than welcomed news for many as evidenced by what users are writing on the social media network. We’ve got those reactions listed out below.

Tested positive for being a sad depressed bitch suffering from loneliness after listening to The Weeknd’s #AfterHours pic.twitter.com/N7XI8KeWwU

thank you gigi hadid & bella hadid for inspiring two of the most unique artists out there. The Weeknd & ZAYN's albums have never been more perfect. #AfterHours pic.twitter.com/NcRQTbSk1x

The Weeknd dropping the album when there is a world crisis going on #AfterHours pic.twitter.com/VrlWpSOU43

The Weeknd basically combined Trilogy and Starboy in one album and I want to know who is responsible for all this pain. I can feel his pain in my soul. NAME YOURSELF! WHO HURT MY ABEL!? I JUST WANT TO TALK! #AfterHours pic.twitter.com/EzYsfLzAKw

Whatever Bella hadid and Gigi doing to their man, I want that. The Weeknd and ZAYN’s music hit different .🙇🏽 #AfterHours pic.twitter.com/LNniTukWYO

Me 0.05 seconds into The Weeknd’s new album
#AfterHours pic.twitter.com/sgINfWoGcp

"I was wondering… um.. if we could break up for a few hours just so I can… you know… experience the Weeknd's album properly?" pic.twitter.com/CJC0vNJ83A

When The Weeknd said “You always miss the chance to fall for someone else ‘cause your heart only knows me“ #AfterHours pic.twitter.com/1ENYQM4d7w

#AfterHours WHAT AN ICONIC ALBUM THE WEEKND SERVING US QUARANTINE TREATS ALL OTHER ARTISTS BELONG IN THE BIN 🗑 pic.twitter.com/ih8uUKcnn4

Me after The Weeknd put Hardest to Love and Scared to Live back to back: pic.twitter.com/5cQAVrzGUy

how it feels listening to The Weeknd new album#AfterHours pic.twitter.com/uaXMq3I4gh

me vibing to The Weeknd’s album tonight pic.twitter.com/xvIUY78fVh

the weeknd when he opens up twitter to see yall crediting bella hadid for the album he worked his ass off on: pic.twitter.com/5Y6Nq1mNhR