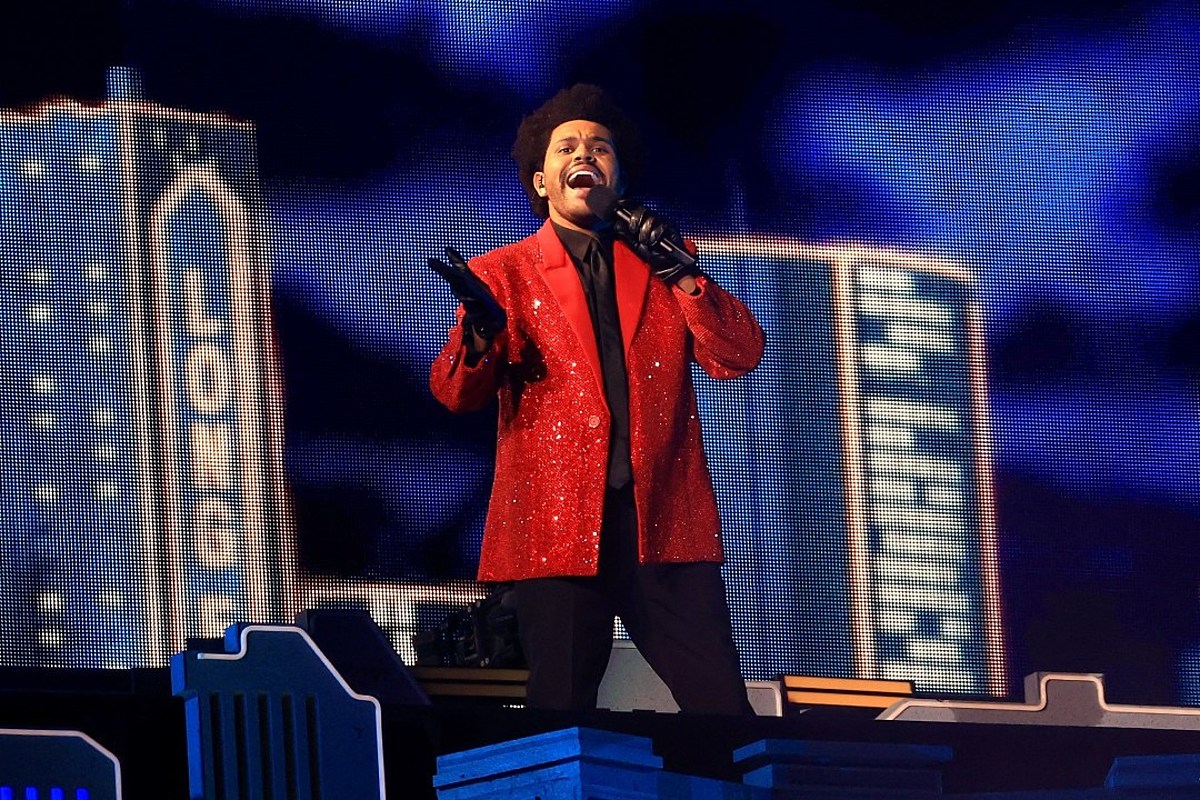 The Weeknd lit up the Super Bowl LV with his Halftime Show on Sunday (February 7) at Raymond James Stadium in Tampa, Florida.

Amanda Gorman kicked off the 2021 Super Bowl with a reading of her poem. She spoke about frontline workers and life during the COVID-19 pandemic and how their heroics have inspired us all.

Country star Eric Church and Pop/R&B sensation Jazmine Sullivan performed the National Anthem prior to the big game's kick-off. Church performed with his guitar in hand while members of the United States armed forces held their flags behind the pair.

The half time show performed by The Weekend, whose real name is Abel Tesyafe, was the main attraction and did not disappoint. He performed a medley of his viral hits including "The Hills," "Starboy" and "Can't Feel My Face." He donned his signature red suit, this time with rhinestones. After the Super Bowl, he will be retiring his iconic outfit.

The production included a futuristic choir that sat on a lit-up cityscape, fireworks and a mirror maze. He concluded his set by performing "Blinding Lights" on the football field in a sea of lookalike dancers that were dressed in his red suit, performative plastic surgery headwrap and hand lights.

In case you missed any of the moments, see the photos below.