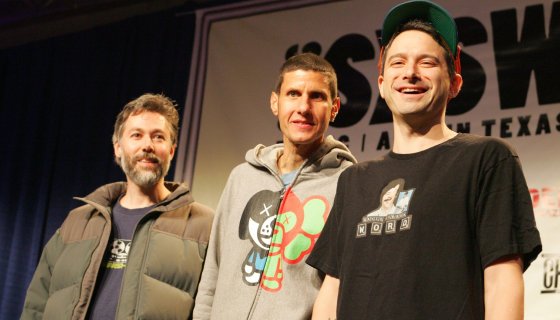 One of the most influential bands in Hip-Hop is about to get the flowers they deserve. The long awaited film on the looks to be almost ready.

As spotted on Hypebeast the Beastie Boys Story film seems to be on target for a 2020 release. An expanded trailer has just been released and it gives fans a brief look on what the full length project promises to be. Opening up with a quick montage of some of their most high profile video moments, the almost three minute clip takes it back to their formative years when they were America’s worst nightmare with elementary rhymes.

Naturally, the storyline touches on their evolution which sees them fine-tune their approach from self-admitted party bro’s to more thoughtful musicians who wanted to deliver solid work, but not lose their signature carefree approach. What seems to give this piece even more authenticity are the remaining members Adam “Ad-Rock” Horovitz and Michael “Mike D” Diamond whose live commentary at Kings Theater in Brooklyn drives the narrative.

Directed by longtime collaborator Spike Jonze, the Story: Three Friends Who Inspired Each Other and the World will premiere at select IMAX theaters throughout the country starting April 3 before making an exclusive residence on Apple TV+ starting April 24. You can see the trailer below.

The story of 3 friends who inspired each other and the world. A live documentary experience directed by longtime Beastie Boys’ friend, collaborator, and former hall monitor, Spike Jonze coming April 24 to Apple TV+ and in select IMAX theaters on April 2. #BeastieBoysStory apple.co/BEASTIEBOYSSTORY