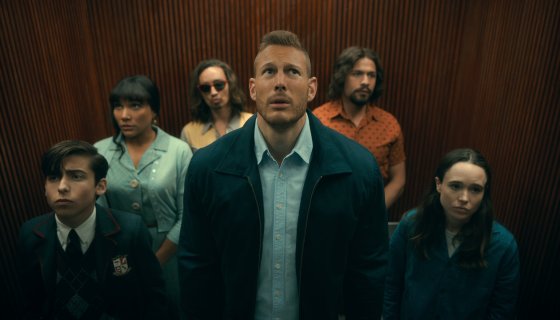 With the success and popularity of last year, y’all should’ve known Netflix was going to bring back the gang of super-powered misfits for another season of world-saving heroics with comedic hijinks.

Picking up where season 1 left off as the Hargreeves family once again find themselves in the midst of an pending apocalyptic event as they time travel back to the 1960’s Dallas. Unfortunately each one of them have been placed in different locations and it’s on Five to figure out where they are and bring them all together. With only a few days until they can make things right and prevent a worldwide nuclear holocaust, the team must figure out how to save the day while The Commission continues to hunt them down even in their new reality.

From fights to nuclear explosions to the introduction of fan favorite super goldfish character, Carmichael, this upcoming season looks like it’s going to once again take fans of the comic book series.

Peep the trailer below and let us know if you’ll be tuning in for the second season come July 31st.