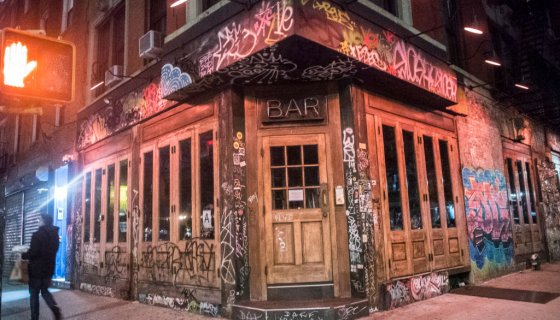 While things are starting to look even bleaker by the day there are some positives that are coming out of this health crisis. The Big Apple is letting their citizens go on the run drinking.

The Daily News is reporting that with change comes more change. In light of the Gotham State has laid some new rules when it comes to public places. Starting Monday, March 16 all restaurants and bars will not to be able to offer on premise consumption of their menus to patrons; only takeout and delivery services. Naturally the rationale behind the decision was understood as government officials are trying to slow down the outbreak.

Nevertheless some folks are already thus the ban received a stern response from individuals who are social life deficient. But those that are missing the scene and do not know how to make their own sangria are in luck. According to the article now customers will be able to take booze home along with food.

New York Governor Andrew Cuomo detailed the move during a recent press conference. “However, there is a silver lining for these establishments, because we’re also very aware of the economic consequences for these establishments” he said. “Whatever you could order in the bar or restaurant or distillery or winery you can purchase through takeout, and we hope that goes a long way towards alleting any economic hardship. We will only allow it during this period of closure, but I think it will help those businesses.”

We will toast to that.