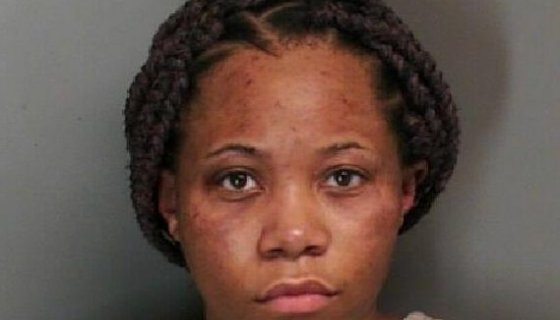 A viral video that made its rounds on social media led to chuckles for many but the story behind the clip is no laughing matter for one woman. Sydney Parham of Fraser was arraigned Friday (July 24) with one count of third degree for setting the blaze.

According to local outlet Macomb Daily, Parham, 26, was allegedly seen at the scene of the fire in a video and was reportedly the only person near the explosion that occurred this past Wednesday (July 22).

By way of eyewitness accounts and other investigative methods, Parham was later located and arrested, this after it was revealed that she and the owner of the Jeep she attempted to burn were known to each other.

Parham was treated for minor cuts and burns at the Macomb County Jail and was slapped with the felony third degree arson charge in Clinton Township. Parham’s bond was set at $20,000 and she’ll be back in court next month for the next steps in her case.

With the news going wide online, the video has been given the meme treatment. We’ve got the best we could find below.

When you thought you constructed a winning pick 4 ticket but lose in the first leg 😳🏇🏿🏇🏿🏇🏿🏇🏿pic.twitter.com/YCes9sGmJn

It's just not worth it LOL.

The good news is…. her face doesn’t look burned at all! https://t.co/D4iCDxoNlU

This was the girl that set her boyfriend car on fire at home before she did it 🤣😂😂 https://t.co/kT2Vc1KPKB

Nah what goes through people’s mind 😭😭 you set your boyfriends car on fire in broad daylight and then what ?

I don’t want anything to do with someone who can make another person that mad https://t.co/wDZm12IV9t

What ever kinda dick causes this…i need it i wanna have a blast😂 pic.twitter.com/pu1shPxsZs

Why did she do this?
Karmas a bitch but
Why did she feel to set a car on fire?
What did the car owner do to her? 🧐

Homegirl almost took herself out with that toxic mentality 🤦🏽‍♂️ pic.twitter.com/XiEZrSGvV8

Imagine going to set your ex boyfriends car on fire, just to have the fire slap the shit outta you and then still still get arrested pic.twitter.com/awRAofDCAl

That lady who set the car on fire about to be sitting in jail and her ex boyfriend about to be riding in his new car. Don’t go to jail for these niggas Lmaoo

How not to set your boyfriend’s car on fire! https://t.co/Q4T840yUoo