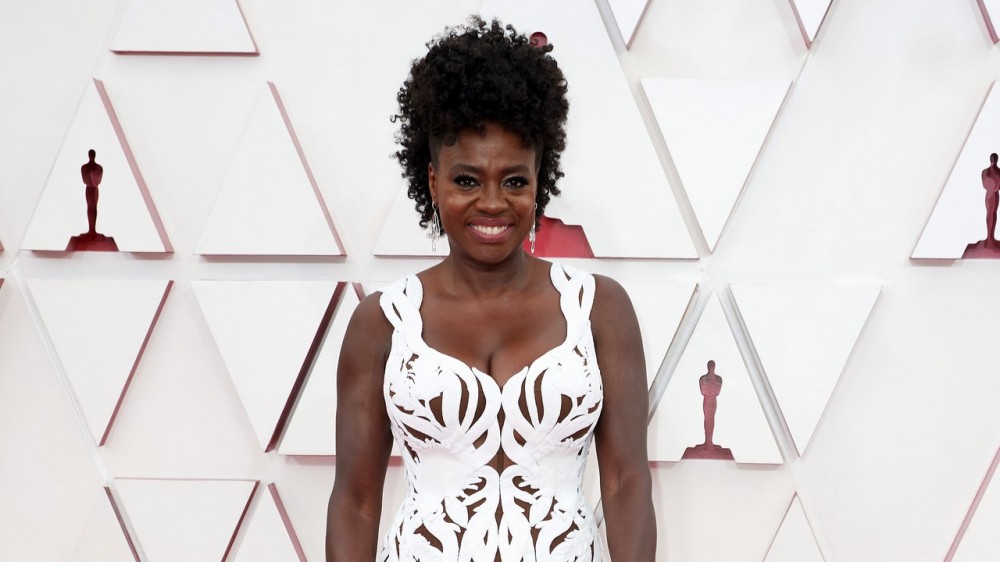 When Viola Davis was preparing for her return to an IRL red carpet ahead of yesterday’s Oscars, she knew the occasion would require a touch of something extra. (And given the star’s ever-impressive style nous, that would mean going really above and beyond.) While Davis has continued to dazzle throughout awards season with her love for bold prints mixed with classic, Old Hollywood silhouettes—as well as a notable emphasis on wearing Black-owned brands such as Duro Olowu and Xuly.Bët—she’s only been able to wear them in the comfort of her own home thus far, given the restrictions around public gatherings that led to most ceremonies taking place remotely.

Thankfully, Davis’s long-time stylist Elizabeth Stewart was on hand to help strategize—and the pair quickly turned their attention to a brand that Davis had long wished to wear for a major red carpet event. “Viola and I often talked about an Alexander McQueen dream dress for an award show,” says Stewart. “We were just waiting for the right moment to ask!” While Stewart had worked with the house’s creative director, Sarah Burton—who she describes as “part designer, part magical fairy”—on dresses for many of her other clients, it was the first time they had collaborated on a gown for Davis.

With their only requests being for the look to be white and citing a specific McQueen beaded top that Davis was drawn to, Stewart recalls being mesmerized by the various options they received back. “The sketches she sent for Viola are so beautiful that I want to paper my walls with them,” she adds. “It was painful to have to choose just one.” The final design they settled on featured a breathtakingly intricate embroidered appliqué bodice, its pattern inspired by thistles weaving organically around the body, and made of thousands of glass bugle beads that took a full week to complete.

Meanwhile, what appear to be skin-baring details through the appliqués are in fact a corset that was meticulously matched to Davis’s exact skin tone, while a circular gathered chiffon skirt gave the silhouette a striking finishing touch. “Sarah [Burton] and I talked a lot on the phone about every detail,” says Stewart, in something of an understatement. This was on full display on Sunday evening, where Davis attended with her husband, actor Julius Tennon, in a matching cream tuxedo jacket; despite missing out to Frances McDormand in the Best Actress category, Davis was able to enthusiastically show her support for her Ma Rainey’s Black Bottom collaborators as they picked up gongs for Best Makeup and Hairstyling and Best Costume Design.

Unsurprisingly, the dress has already been a mainstay on best-dressed lists—not just for its high impact, Oscar-worthy drama, but also for its ability to reward closer inspection, revealing more of the extraordinary craftsmanship the longer you admire it. It was this eye for detail (a McQueen signature) that struck Davis most strongly, too, not least for a quiet finishing touch that made the outfit feel especially sentimental. “Even with all the discussion she still managed to surprise us, sending a beautiful and intricate bag with an inscription for Viola inside,” says Stewart. “It’s a beautiful detail from her magical fairyland, and we are lucky that Sarah and the McQueen studio worked so hard for Viola’s special moment.”