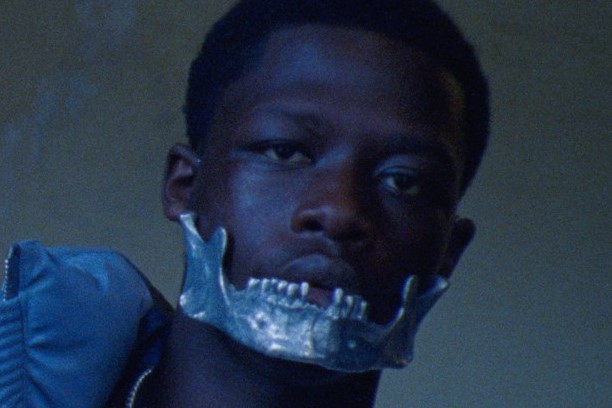 ICYMI, we just dropped our first autumn/winter 2020 cover, which features Pa Salieu. Dressed in looks by the likes of Prada, Louis Vuitton, and Martine Rose, the rapper is also seen in a stand-out McQueen mouthpiece dug out from the designer’s archive.

The aluminum jaw bone mouthpiece dates back to McQueen’s SS98 collection, which featured an array of anatomical-inspired jewellery by his long-time friend and collaborator, Shaun Leane. Other pieces in the offering included a spinal corset and a face clamp, which warped the shape of the model’s eyebrows and lips.

The skeletal pieces played into the late designer’s fascination with mortality and served as a reminder of death’s inevitability. The particular momento mori Salieu wears gives the illusion that his skin has been peeled away from his skull, displaying the jaw and the front teeth underneath.

With many of Leane’s pieces shown as part of the V&A’s Savage Beauty exhibition, the designer later auctioned off a number of them with the intention of inspiring other creatives. “I want them to be in museums, I want them to be worn,” he explained in a 2017 interview. “I would love in the future, fifty years, one hundred from now, an aspiring jewellery designer, or fashion designer to see them and be inspired like I was at the V&A.”

Read the full interview with Pa Salieu from our autumn/winter 2020 issue here, and revisit our feature on Shaun Leane’s most iconic designs here.