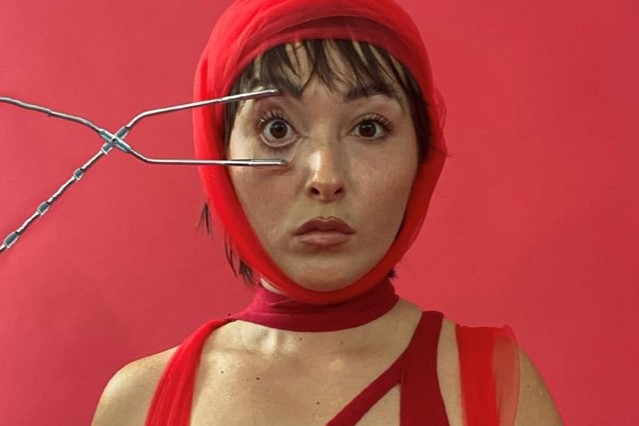 In the absence of the Met’s real life ball, members of HFTwitter flexed their creative prowess with their own gala

As it was announced yesterday that Timothée Chalamet and Billie Eilish would host the Met Gala come September, High Fashion Twitter threw its own URL edition, marking the second year that the platform’s most rampant of fashion stans have taken the ball to social media.

While last year’s iteration ran parallel to what would have been the IRL Met Gala’s theme (About Time: Fashion and Duration), this time around, in the absence of a real life ball, HFTwitter struck out on its own with Faces in the Mirror: Fashion and the Horror of Identity. Accordingly, participants took to the TL, looking no further than their own wardrobes to fix fantasy outfits, handcrafting runway-worthy costumes, and moodboarding a host of wildly imaginative and downright cursed looks.

Founded by Aria Olson, a 20-year-old Kansas City native, the digital event “seeks to create space for fashion enthusiasts from around the world to share and express their unique creative visions without real world inhibitions”. As such, the HFTwitter Met Gala runs on an open-invite basis, with the aim of “democratising fashion’s most exclusive event”. Posting to the hashtag #HFMetGala2021, guests were summoned to submit their looks under any of five categories – photoset creation, full brand challenge, wardrobe styling, illustration, and an open creative call.

Strange reflections, evolving Identities and something lurking in the shadows of your mind…

Welcome to Faces in the Mirror.#HFMetGala2021pic.twitter.com/jyQDUlPIgV

Highlights came from the Filipino-Brit Jean Louis Castillo, who surfaced alabaster pale in a full-bodied, oil-slicked gown, which had been forged and fused together from deadstock fabrics. Or Buenos Aires’ Sofia Badi whose distended, asphyxiating knitwear, critiqued the horrors of body dysmorphia. Or the London-based Bimpe, who appeared as if she had been ravaged in a sinuous, straggly, lingerie look.

Check out the gallery above to see the best of the rest.