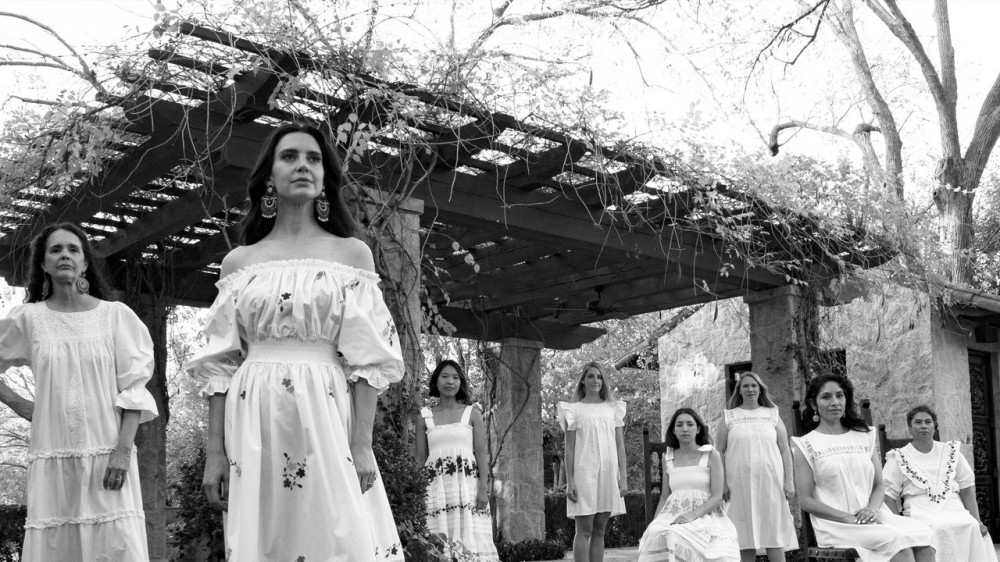 What does Southern style look like now? The answer depends on where you look. While some brands are shaped by familial ties—in Atlanta, Alissa Bertrand sews the most enchanting and colorful get-ups for her young daughters, and in Texas, sisters Lizzie Means Duplantis and Sarah Means are dressing up the tried-and-true cowboy boot—others rely on the land: In Florence, Alabama, Natalie Chanin crafts the pieces in her pared-back collection from locally grown crops. Others still, like Billy Reid’s Alabama-based label, are out to bridge the gap between the old South and the new. “We seek to instill warmth in everything we do,” Reid says.

Twenty years ago, Natalie Chanin returned home to Florence, Alabama, to reconnect with her roots and the hand-makers there for what was to be a one-off project. She never left. “Big magic” is how the designer describes the coming together of her brand, which is now recognized as a case study in how to do slow fashion responsibly and right. It was a process that, Chanin says, was like “being led down a road wildly.” And while the pace has become a bit more manageable over time, Chanin’s commitment—to land and hand, community and history—remains deep and strong. So does her belief in the freedom that comes from deciding how, and where, to work. alabamachanin.com—Laird Borrelli-Persson

Billy Reid has always designed from a personal point of view. Originally, that vision was expressed sartorially through cut and materials, but all that changed when Reid, who shuttered his business in New York after 9/11, jumped back into the game from Florence, Alabama, in 2004. Having put down deep roots himself, he has made place an essential part of the brand identity as well. “We are a modern Southern studio that we hope models a new South,” says Reid, who was born in Louisiana. “We seek to instill warmth in everything we do.” billyreid.com—L.B.P.

Atlanta-based designer Alissa Bertrand has been sewing for more than 20 years, but it was only last year that she began to make clothes for her three daughters. “I couldn’t afford what I wanted,” she says. “So I started to create them myself.” Ever since, Bertrand has been using upcycled materials from thrift stores for her bright, retro-inspired floral frocks and separates with ruffled collars and sleeves and prairie silhouettes while asking her kids to model them on Instagram. (She’s working on a full children’s line, to be launched soon.) “We work together and talk about what they like,” Bertrand says. “They each have a style of their own, and I try to follow that. We don’t call this dressing up—it’s just our look.”—Brooke Bobb

El Paso is a one-boot kind of town—specifically, Lucchese, founded in San Antonio nearly 140 years ago by the immigrant Lucchese brothers, from Sicily. A pair of boots can take 130 steps and six weeks to make, passing through the hands of as many as 300 craftspeople in the process—yet in the end, their appeal comes down to a single thing: their evocation of the myth of Texas’s sprawling landscape of dude ranches and homesteads. “Lucchese is a beautiful story of the American dream,” says Trey Gilmore, the brand’s director of product development. “We have always done truly functional wearable art—and we still stand by that today.” lucchese.com—Mark Holgate

Matthew Harris, the Jamaican-born, Houston-based designer of Mateo, founded his line—titled after his nickname as a young model—in 2009. Barely a decade later, his minimalist pieces, dotted with pearls and rife with references to modern art, are immediately recognizable. Harris’s goal has always been to create fine jewelry at affordable-luxury prices. “I make pieces that, yes, you can dream a little about,” he says, “but while you’re dreaming, you should be wearing the dream.” mateonewyork.com—Charlotte Diamond

Many brands tout their sustainability credits, but Able—known for its classic leather bags, animal-print shoes, and dainty jewelry—did something almost unheard of when it published the lowest wages of the workers in their supply chain in 2018. “We shared all our results before we had everyone at a living wage, because we value honesty over perfection,” says Jen Milam, Able’s director of merchandising.

It’s something that likely couldn’t be done without a strong sense of both community responsibility and community support—both of which Able is surrounded by. “There’s a shared sense of mindfulness amongst Nashville designers,” says fashion director Jordan Soderholm. The area’s country flair has also permeated its designs, but Able accessories are defined foremost by their durability. After all, what’s more ethical than wearing something year after year? livefashionable.com—Sarah Spellings

Three years ago, sisters Lizzie Means Duplantis and Sarah Means, who grew up on a ranch in West Texas, partnered with their cousins—who own and operate the storied, 160-year-old South Texas bootmakers Rios of Mercedes—to launch Miron Crosby, a new boot label and bricks-and-mortar store in Dallas. In addition to offering customization, the Miron Crosby collection features colorful, statement-making boots that are hand-crafted using exotic skins, metallics, and playful embroidery. (In 2019, the sisters worked with designer Prabal Gurung to design a capsule collection of boots for his spring 2020 show, “Who Gets to Be American?”) “It’s not just about my family heritage, but also the romance surrounding the cowboy boot in Western history,” Means says, to which Duplantis adds, “My boots are family heirlooms—I look forward to giving them, with all of their memories and significance, to the next generation.” mironcrosby.com—B.B.

In 2009, Carrie and Matt Eddmenson were patterning, cutting, and sewing jeans by hand in a converted Nashville gas station, selling them to customers on the spot—they even slept in the attic upstairs. Eleven years on, Imogene + Willie is a global brand. “None of this would have been possible in a larger city,” Carrie says. “Nashville is the foundation of our story.” The Eddmensons prioritize local production—including a denim-sourcing partnership with Vidalia Mills in Louisiana and a domestic sock collaboration with Little River Sock Mill in Alabama—and collaborate with other Nashville artists. “There is absolutely nothing better than knowing the people that make our clothes,” Matt says. imogeneandwillie.com—Emily Farra

“Once upon a time, Miami’s fashion codes were more club culture and a lazy, beach-life energy—but these days there is a richer cultural element and a strong art community, which fosters its own unique space and style.” So says Alchemist founder Roma Cohen, who first introduced the city to Rick Owens and Chrome Hearts when he opened his store in 2007. Since then, Cohen has launched his own collection of graphic and fashion-forward pieces that bring a street aesthetic to the beachy town. “Especially during 2020, it was so important to reconnect with our local community, where there is endless inspiration all around,” he says. His local approach seems to be working: Citizens of the world like Young Thug, Swae Lee, and Colombian singer J Balvin have all become customers. shopalchemist.com—Steff Yotka

The American melting pot is evident within the walls of Mi Golondrina, Cristina Lynch’s showroom dedicated to Mexican handicraft. Inspired by her mother’s upbringing in Torreón and the beauty of the clothing and art she experienced growing up, Lynch wanted to share those traditions with the world. In 2013, at the start of her journey, Lynch was advised to stay local. With its massive population and Southwestern aesthetic (the influence of Mexican design is omnipresent within its borders), Texas was an ideal starting point. “What’s neat is that each city—Dallas, Fort Worth, Amarillo, Houston—has its personality, and there’s so much growth opportunity,” says Lynch. “People support small businesses here, and they want you to succeed.”

Still, Lynch felt that the richly detailed dresses and skirts she commissioned from artisans could appeal outside the Lone Star State. After all, what’s familiar in one region registers as revolutionary in another. “This is wildly new to some customers,” she says. “They’re excited to see such intricate embroidery.” Thanks to the internet—and high-profile admirers like Mindy Kaling—Lynch’s wares have now gone global, a fact she finds heartening. “It’s so freeing and beautiful that fashion is now coming from different places across the country,” she says. “It helps us understand our nation better, and I love that.” migolondrina.com—Janelle Okwodu

Life, liberty, and the pursuit of happiness are the trifold tenets of the American ethos, and Emily Ridings—a recent Pratt graduate who has chosen her hometown of Lexington, Kentucky, as her base—is determined to exercise each of those rights through fashion. “One of my main goals is to enjoy my work,” says the designer. “There’s less financial pressure here, and less creative pressure to be new—relieving that pressure tends to invite the most joy. Surprisingly, joy has also been the best catalyst for success—not the other way around.”

Best known for weaving basketry into fashion, Ridings works with repurposed materials and traditional craft techniques, many of which have rural origins and narratives. Of turning away from New York City, the designer says she’s “navigating what the alternative looks like,” and reports that “so far, it’s slower, just as messy—and much more hopeful.” emilyridings.com—L.B.P.