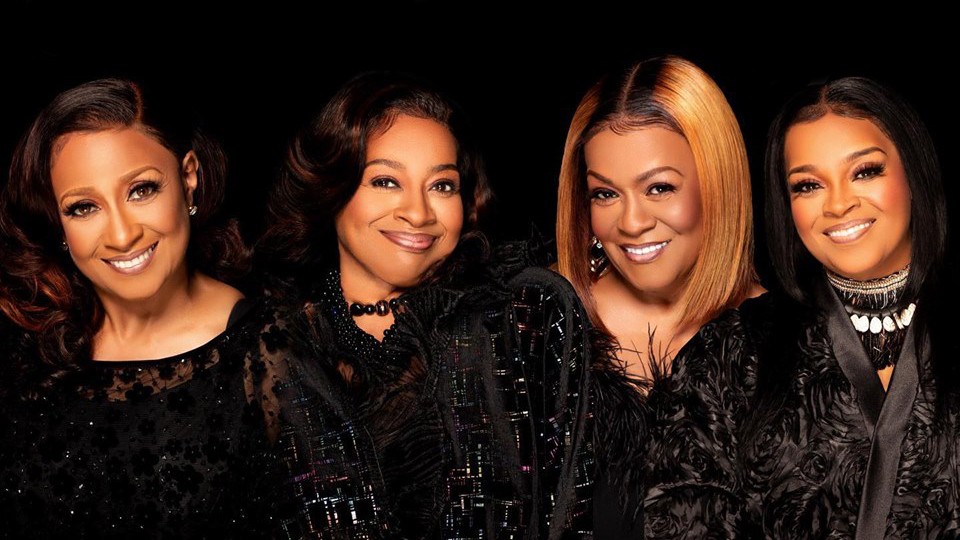 Karen Clark Sheard and Dorinda Clark-Cole reflect on the state of the world, their latest album, ‘The Return’ and working with Snoop Dogg.

2020 has been a beautiful year for gospel legends The Clark Sisters. Their Lifetime biopic The Clark Sisters: First Ladies of Gospel became the highest-rated movie on the network. The Detroit natives’ 13th studio album, The Return, reemerged on Billboard‘s Top Gospel Albums chart for 8 weeks and climbed to the No. 2 spot while their single “Victory” climbed to No. 1 spot on the U.S. Gospel Airplay chart. Not only that but the sisters sang in their first late-night show performance on Jimmy Kimmel Live!. Talk about a busy and prosperous year!

NUEVO hosted an Instagram Live Q&A chat with Karen Clark Sheard and Dorinda Clark-Cole. In their sit-down with NUEVO and Cory Taylor, the anointed sisters share their thoughts on the COVID-19 pandemic, supporting the Black Lives Matter movement, working with hip-hop veteran Snoop Dogg for their single “His Love,” and what they want the families of George Floyd and Breonna Taylor to know. Watch the full interview down below as well as some highlights from their conversation.

The Return is available for streaming on all major platforms.

On the time they spent working with Snoop Dogg:

That was an incredible moment. When we first got the phone call from him, I thought it was a prank call. He said, “Hey, this is Snoop Dogg.” I’m like, “This is who?” I was just so shocked, and then he started running down all of the songs that we forgot the lyrics on some of them, from back in the day that he grew up on. He [told] us about his grandmother, how she played our music, and then that’s how he connected with us. That’s what really, really blesses us, is that the connection from their mothers, and their grandmothers. So I appreciate every mother and grandmother that passed us down to their children or their grandchildren. Working with Snoop, that was an incredible moment, to just have him to come on. And he expressed to us, “Look, I want y’all to do you.” And then he started pulling out the songs, like “Tried in the Fire.” I’m like, “What?!” He started pulling our songs. That just did our hearts so glad in knowing that people of their caliber followed us.

On the love they receive from artists making secular music:

We just appreciate their support. And I really believe, and I think it’s because we have not compromised to be recognized. We respect every genre of music, but we have been told and we have been commissioned to stay [in] what we love, stay [in] what God has given us. And my mother has always told us that, “Don’t be up there trying to do that stuff. You just do you.” And that’s why I believe that the reason why the world really has taken onto us, because we have not compromised, we have not tried to do other things and then come back. We have always stayed on the course. And so, I believe that’s the reason why the world loves us like that.

On the creation of their “Victory” single:

Along with my son J. Drew, I’m so proud of him, and the way he has just taken this mantle. And of course, we went in the studio…[but] He did the music, he produced the music, and he said, “Mom, I’m sending over this track to you. Put some lyrics to it.” And the Lord just gave me that. I just began to pray, I said, “Lord, I need timely words for what we need now.” And thank God for what we need in this day and time of what’s happening, we certainly need a victory. God’s keeping us in good health, and that we may prosper in the middle of it. And He’s doing just that. The Lord gave it to him [J. Drew] just in time. That’s pretty much how it came about. And then my sisters came in and put the sauce on it. And that’s how we got it together.

On the protests against police brutality:

Change is happening. I must commend our Black sisters and brothers who are definitely doing this protest because protesting actually allows us to have a voice. Too much of this has been going on, and not another one shall we see with this police brutality. We can’t keep going [on] like this. What makes us angry is that we look for some people in authority, in Washington [D.C.], we’re looking for them to at least say something to help us, but they’re not doing it. So now, it’s like we’re getting really crazy…We’re seeing it one right after the other. And we’re just not going to take it. The only way that we could have a voice is [by doing] what we’re doing and protesting until we have equality and justice. And get out and vote as well.

On how the global pandemic is serving as a wake-up call:

The Bible, it forewarns us, as in those of us that are believers, those of us that are Christians, The Bible tells us that, “Beware of the times and the seasons, because you just don’t know when the Son of Man is coming.” The Son of Man may not come to crack the sky at this particular time, but He may come in the form of maybe death, where we leave here that way. That’s the thing that I think people are not getting because if there was ever a time that we really needed to wake up and see or smell the coffee, the time is now. We have never seen anything like this where a virus would come and sweep people away. We’re talking about people that are close to you, that they’re not even sick. It’s those kinds of things that have been happening, and it’s a wake-up call not just for the church, but it’s a wake-up call for the world.

On their message to the families of George Floyd and Breonna Taylor: