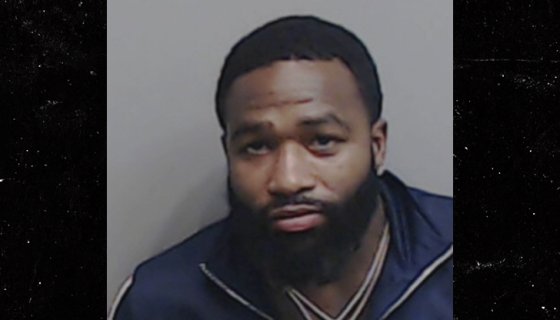 It seems that the wack juice on is more potent than we all thought. The boxer was caught doing the most in South Beach.

TMZ is reporting that the boxer spent the weekend in a Miami clink for being irresponsible. Apparently he was found twisted off his ass behind the wheel of his luxury vehicle. So much when the police pulled up on him he was found damn near unconscious while his black Rolls-Royce SUV was still running. According to the article the badges had no luck attempting to wake him out of his deep slumber by knocking on the door so they resorted to shaking the car back and forth to elicit a reaction from him.

Once awake the lawmen claimed had a “low, slurred speech and bloodshot/watery eyes” indicating that he might have hit the brown juice way too hard. In turn he was given a sobriety test on site which he failed miserably. He was then arrested and taken to a nearby correctional facility where he took a very sleepy mugshot.

This marks yet another struggle in his career within the last few years. His last victory was in 2017 when he defeated Adrían Granados. Since then he hasn’t fared so well in the squared circle with losses to Mikey Garcia and Manny Pacquiao in 2019.