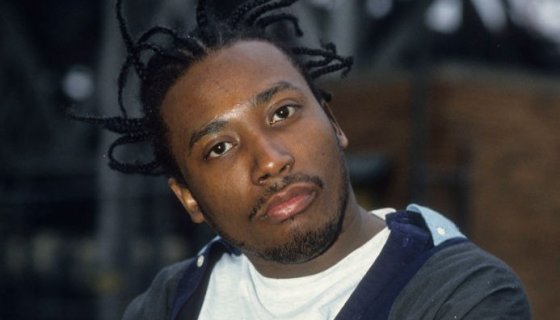 The Wu-Tang Clan shifted the recording industry in the 1990s by not only emerging as an unstoppable collective but also securing solo deals for the nine members of the group’s top tier. emerged as a star for the New York crew by way of his debut album Return to the 36 Chambers: The Dirty Version, which was released 25 years ago today (March 28).

RZA, GZA, the aforementioned Ol’ Dirty Bastard, Method Man, Raekwon, , Inspectah Deck, U-God, and Masta Killa transformed the Hip-Hop landscape with their debut album, Enter the Wu-Tang (36 Chambers) in 1993. The single “Protect Your Neck,” which introduced much of the world to the Wu Swordsman, featured a verse from ODB that, alongside Method Man’s scene-stealing turn, burned itself into the memory of fans for good reason.

Hip-Hop fans approached ODB’s solo album with hopes that it would feature more of the same left-field styled coupled with the “what will he do next” personality the rapper born Russell Jones became famous for. They were not disappointed on that front.

After an intro that puts all of the zaniness of ODB at the front of the mind for the listeners, “Shimmy Shimmy Ya” blares through with RZA’s signature thump and ODB’s performance set the tone early. The following track “Baby C’Mon” features more of that Ruler Zig Zag Zig Allah dust, and the album’s first single “Brooklyn Zoo” sounds as timeless as ever with True Master delivering one of the few tracks not helmed by The Abbot.

Rapping in stunted growling grunts and breaking into off-key song at times where it doesn’t even make sense, ODB appeared larger than life. He instantly became an undeniable presence across the album, most certainly propelled by RZA’s guidance on the tracks. The production is decidedly muddy as if it were recorded in a Brooklyn closet; the bass bleeds on even the best-quality speakers and it sounds that this was the intention.

By the time listeners reached “Raw Hide,” there are still dips and turns left in ODB’s rap arsenal:

Tired of sittin’ on my f*ckin ass

Who the f*ck wanna be an emcee

If you can’t get paid to be a f*ckin’ emcee?

I came out my momma p*ssy, I’m on welfare

So I gotta get paid fully

Whether it’s truthfully or untruthfully

In past interviews, Method Man stated that a bulk of the album consisted of old rhymes from RZA and GZA’s rhyme books but he did admit that ODB did know how to write his own verses. But because of his voice, style and natural charisma, it didn’t matter what the source of the lyrics, especially with the level of performance ODB presented across the album.

A remastered version of Return to the 36 Chambers has been released to commemorate the 25 years since its release, along with a mini-documentary from Amazon Music that features words from RZA, Raekwon, his widow, Icelene Jones, and his son Barson “Young Dirty Bastard” Jones. ODB is a sorely missed voice in Hip-Hop and would probably still find a way to bulldoze his way onto the airwaves despite the genre’s many shifts in sounds in the years since his untimely passing.

For now, we’ll hold on tight to the audio memory of Ol’ Dirty Bastard. Hopefully, tonight somewhere in ODB’s beloved “Brooklyn Zoo,” a 40 or two will be cracked, safely indoors of course, with the speakers blasting the record in Ason Unique Allah’s honor.