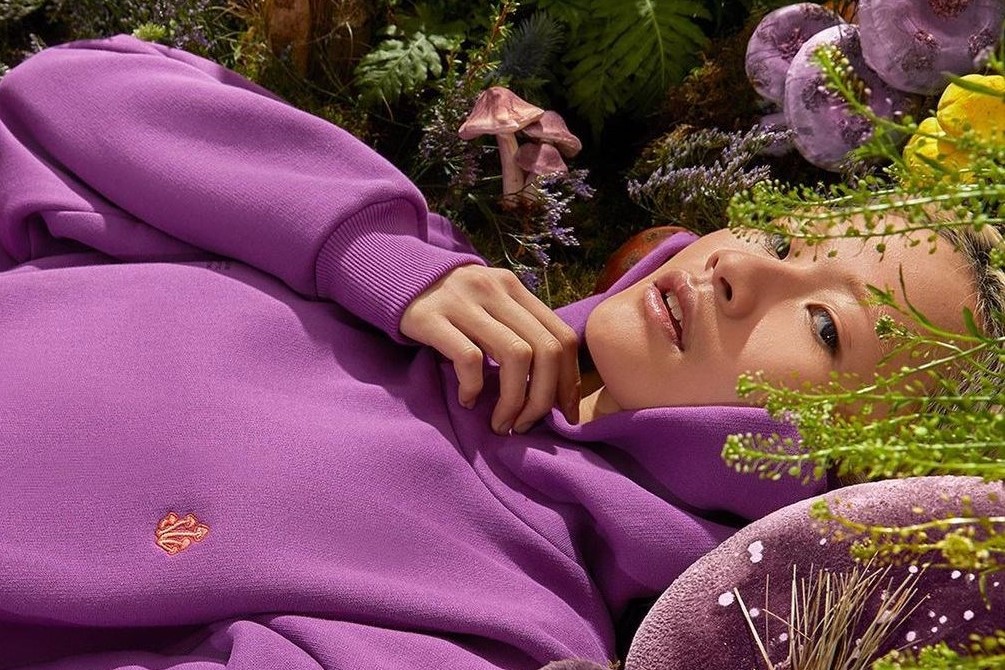 From pineapple leather to rose silk and nettle hemp, these plant-based materials are swiftly replacing ones that cost the earth

Anyone of sound mind and conscientious morals (which therefore rules out most politicians with the actual power to invoke change) has been aware for some time now that the planet is careening into environmental catastrophe. It is no longer sustainable to continue living the way we have been, and a seismic wide-scale shift is not just necessary, but vital.

Thankfully, when it comes to fashion, the industry is finally waking up to the urgency of the matter after an initially slow start. This turnaround couldn’t come too soon, since it currently has a large, detrimental impact on the environment, whether through pollution and water contamination caused by cotton harvesting, the harmful chemical gases released into the atmosphere during polyester and nylon manufacturing, or the millions of tons of textile waste that end up in landfills every year.

In an effort to combat this waste and pollution, brands including Stella McCartney, Hermès, adidas, and Nike are increasingly turning to sustainable biomaterials for their collections. Sounding like something out of a sci-fi movie about a futuristic alternate universe, these biomaterials range from actual human sweat to lab-grown orb spider silk to fully compostable leather created from mushroom foam. This mycelium leather is just one of the vegan leather alternatives making up what is set to become a US$89 billion market by 2025.

Here are some of the plant-based biomaterials you should know about.

Pete Davidson confirms he has a big… CK campaign

It takes roughly 3,700 litres of water – about the amount of water a person drinks over 3.5 years, or, if you are anything like me, 10-ish years – to make a single pair of jeans. This is because manufacturing and dying conventional cotton requires huge amounts of water.

In an effort to reduce these numbers, a slew of brands have been looking into various different denim alternatives including nettle denim and hemp denim. Pangaia’s nettle denim is created by blending wild Himalayan nettle and organic cotton. Grown wild in the Himalayan mountain forests, this nettle plant is not only a naturally regenerative resource but its harvest helps support local communities by providing off-season work for farmers.

Hemp is another plant brands are turning to as a cotton alternative. Hemp is four times stronger than cotton, yields three times more fibre than cotton per acre, and consumes only around one-tenth of the water conventional cotton does. With numbers like those, it’s not hard to see why brands are turning to the fabric. As well as being a staple for Pangaia, Weekday recently dropped a hemp denim collection in partnership with Agraloop, a company that transforms food crop waste into new fibres.

If you’ve ever envied Barbie Ferreira or Tommy Dorfman in a Collina Strada ensemble then you most likely will have already seen rose sylk, even if you weren’t conscious of it at the time. A favourite staple of the label, rose sylk takes rose stems, petals, and other natural waste from rose bushes and turns it into an biodegradable cellulose fibre. It’s a great plant-based alternative to silk, offering similar smoothness and lustre.

Committed to sustainability, Collina Strada also uses upcycled deadstock from the Kantamonto market in Ghana and ​​discarded clothing sent from the US, and donates to the OR Foundation, an organization that plans to build a factory for converting Ghana’s textile waste into coat and home insulation.

ICYMI, over the summer Nike released a collection in collaboration with Ananas Anam that reimagined several of the brand’s signature styles using Piñatex, a pineapple-based alternative to leather.

A byproduct of pineapple harvesting, Piñatex is made from agricultural pineapple waste, including the plant fibres in the leaves and stalks. It was created by Dr Carmen Hijosa, who first developed the idea while she was working as a leather goods consultant in the 1990s and witnessed the catastrophic environmental impact of mass leather production.

By using the waste of pineapple harvesting, Piñatex has saved 825 tons of leaves from being burned, in turn preventing 264 CO2 eq tons from being released into the atmosphere. Since it was commercialised in 2016, Piñatex has been used by hundreds of brands including Hugo Boss, H&M, and, of course, Nike.

Like pineapple leather, Orange Fibre is a fabric that makes use of fruity byproducts, in this instance citrus juice. A sustainable silk-like fabric, Orange Fibre is produced by extracting citrus cellulose from the peels, which is then spun into yarn, and was created by two Sicilian students, Adriana Santanocito and Enrica Arenaby, in response to the more than 700,000 tonnes of orange peel that goes to waste every year in Italy.

In 2015, Orange Fibre won the H&M Global Change Award and it has since been used by the company in its annual Conscious Exclusive collection, as well as Salvatore Ferragamo, who launched a capsule collection that utilised the fibre in 2017.

Helping you feel less guilty about your vino consumption is another plant-based leather alternative, Vegea. Italian company Vegea uses the seeds, skins, and stalks of grapes that would have been otherwise discarded during the wine-making process thus giving it its nickname, wine leather.

A bio-oil is extracted from the seeds that is then polymerised using an innovative patented process. At the end of its lifecycle, the fabric can be recycled to produce more wine leather. Brands including H&M and & Other Stories have used Vegea for boots and clutches, and the fabric was also seen on Marni’s AW20 runway.

In a similar vein, apple leather takes the cores and skins discarded from the industrial food industry and turns them into a flexible, leathery sheet that is then combined with Polyurethane to create the vegan leather.

As well as championing nettle and hemp denim, Pangaia has created an innovative bio-material it calls C-Fibre. Created from eucalyptus pulp and seaweed powder, C-Fibre is a soft, silky fabric that is completely biodegradable in water, landfills, and composting environments (certified by German research institute TITK). It also uses significantly less water than cotton, since seaweed is grown under the sea and eucalyptus grows quickly on extremely dry land without irrigation.

Meanwhile, if you are looking for a plant-based, biodegradable alternative to goose down, Pangaia’s Flwrdwn is created with natural wild flowers and biopolymer.