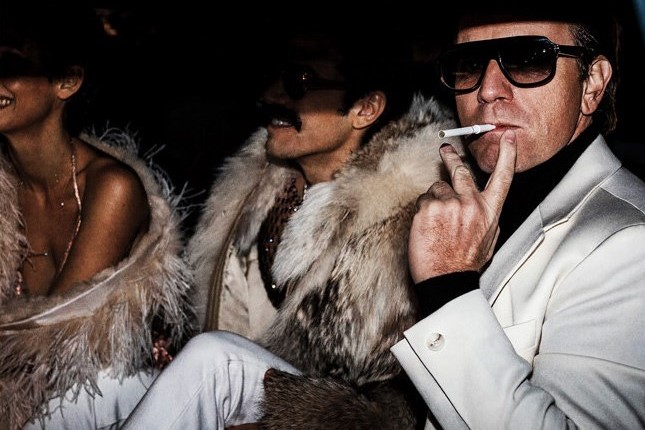 Attention fashion fans: the first trailer for upcoming Netflix drama Halston is here, and boy, is it something. Starring Ewan McGregor in the titular role, the show will trace the life story of legendary designer Roy Halston Frowick, who rose to fame in New York in the 1970s and 80s and dressed everyone from Andy Warhol to Jackie Kennedy.

With the series centring around the designer’s fight for the rights to his own name, the clip dives right into his hedonistic lifestyle. As Depeche Mode’s moody “Enjoy the Silence” kicks in, McGregor is seen hard at work in the atelier seeking out his ‘signature style’, schmoozing at celeb-filled parties at Studio 54, and racking up lines of coke on a mirror.

Later, he’s captured at a heated business meeting giving Succession’s Logan Roy a run for his money when it comes to telling a bunch of men in suits to fuck off. From start to finish it’s drama, drama, drama: which is pretty much exactly what we need right now given we’re still spending an inordinate amount of time in front of the telly.

Also featuring Krysta Rodriguez as the one and only Liza Minelli, Rebecca Dayan as the late jewellery designer and model Elsa Peretti, and Rory Culkin as filmmaker Joel Schumacher, the show is directed by Daniel Minahan. Name not ringing any bells? He was also behind a number of episodes of American Crime Story: The Assassination of Gianni Versace. Executive producing comes by way of McGregor and Ryan Murphy.

Halston lands on Netflix on May 14 – watch the teaser trailer for yourself below and learn more about the iconic designer’s rise and fall here.