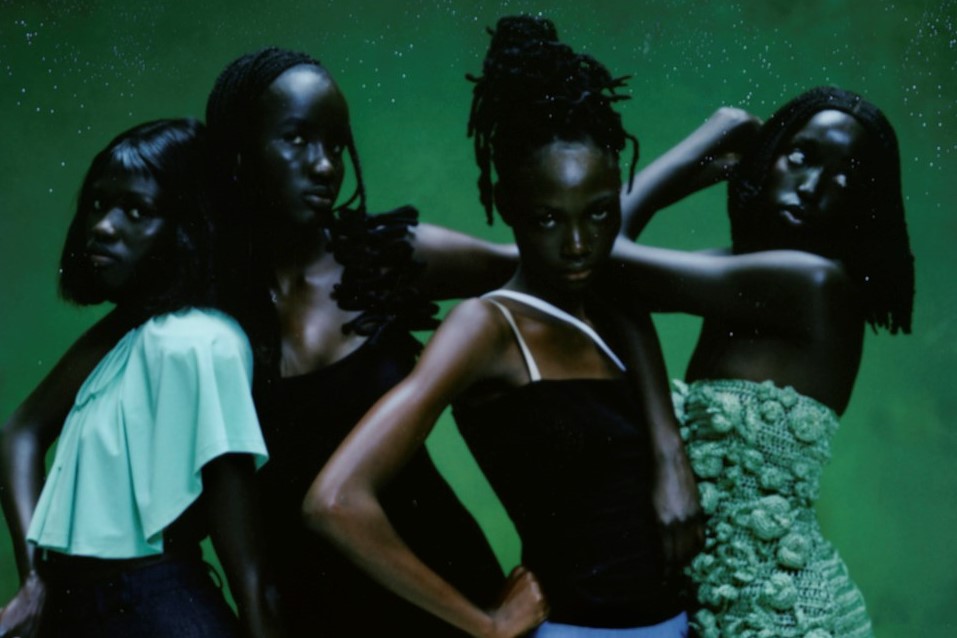 Taken from the winter 2021 issue of Dazed. You can buy a copy of our latest issue here.

As the world of fashion undergoes a reckoning around issues as wide-ranging as sustainability, diversity and worker exploitation, the industry’s relentless quest for newness may be missing the point. Across the UK, a new guard of designers is drawing on global influences to ask how we can use our pasts – whether cultural heritage, personal histories, or intergenerational trauma and healing – to forge a new path to the future that ricochets between the boundaries of sexuality, gender, race, and nationality.

From forgotten corners of Irish women’s history to the drape of traditional South Sudanese dress or the kitsch of 1970s Soviet film, from Portuguese knitting techniques handed down by grandparents to a renegade take on classic French style, this new generation is translating its heritage into white-hot and wildly desirable clothes, all while asking the not-so-simple question: when it comes to fashion, what does identity really mean in 2021?

In Fidan Novruzova’s boundless creative universe, mind-bending cultural clashes are everywhere. That’s in no small part thanks to her upbringing in Moldova by Azerbaijani parents, who emigrated when Novruzova was a baby. “It’s a beautiful place, but it’s a very unique beauty, being in a post-Soviet country,” says the designer of her home city of Chișinău. “Visiting feels a little bit like time-travelling, in the most fascinating way.” These time-travelling instincts make for striking visual clashes, too, with a self-described “retro-futuristic” energy that draws on everything from the 1970s Soviet films of Eldar Ryazanov to traditional Azari instruments.

The result? Flared-satin shift dresses with diagonal, graphic stripes, miniskirts paired with go-go boots, and her signature accessory: a mutant mini-handbag featuring four clasps. For Novruzova, whose designs have been worn by celebs like K-pop megastar CL and Caroline Polachek, these cultural markers run deeper than just clothes. “It’s not like a moodboard, or something I target as an aesthetic. It’s more something that is sourced from my lived experience and the lived experience of my family, that organically blends into my work. It’s basically a part of me.”

For Cameron Williams, the first inkling that fashion could lie in his future came while growing up in a
Jamaican-Guyanese household in south London, discovering the work of Yohji Yamamoto and Rick Owens on tumblr. “I felt, looking back into my own heritage and culture, that there was an abundance of references I could subvert in the same way through clothes,” says Williams. “Around the same time, I was researching a lot of ancient and recent African history, and thought there were some aspects of those stories that needed sharing in a human context.”

The pioneering spirit of his brand, Nuba, lies not only in the seductive minimalism of Williams’ irresistibly slinky unisex designs, which draw inspiration from traditional wrapping styles of South Sudanese dress, but also his firm belief in giving back: many of the designer’s pieces are cut from Ugandan barkcloth, all responsibly sourced to provide funding for local communities in the region of Kisaabwa. Still, despite Williams’ tightly held pride in his roots and his philanthropic inclinations, he sees the Nuba project as something much wider and still very much evolving. “I don’t think the scope of my work’s context should be defined by my culture or ethnicity. I just try to use my experiences to accent the stories and feelings I want to tell and relate with others.”

“It’s my own insurrection against the establishment while simultaneously borrowing from it,” says Gui
Rosa of the queer undercurrent running through his designs. “In hindsight, it might be perceived as
a metaphor for taking up arms – through fashion, naturally.” In the Lisbon-born designer’s world,
centuries-old knitting and crochet techniques are used to craft ra-ra skirts, hot pants and frilly mi-
ni-dresses, ripping sartorial gender constructs apart in a way that reflects his flamboyant off-duty style.

Now a regular on the fashion-week party circuit, Rosa is his own best model when it comes to his head-turning looks. “My first fashion memory is probably (from when I was) about three years old,
eyeing up my primary school teacher’s Prada sport nylon booties. It was positively Almodóvarian.”
While Rosa describes his journey to Central Saint Martins as being “on a quest to sew and gossip”, his party-ready energy is underpinned by rigorous training, having spent his childhood partly raised by his Portuguese grandmother who first taught him to sew. “She was authoritarian, though! It was military training, days on end, repeating the same stitch. If you didn’t get it straight from the source, you ain’t
old-school. YouTube tutorials are so gauche!”

Róisín Pierce’s designs are Trojan horses wrapped up in ethereal organza and broderie anglaise – for
behind their delicate beauty lie deeper, powerful stories, with each of her collections delving into
overlooked tales of women’s history in Ireland. “The historical significance of Irish crafts and their
impact on the country as a whole interests me,” says Pierce, citing the design of Carrickmacross
lace that was created in response to a 19th-century famine, or the horrors of the Magdalene laundries,
where so-called “fallen women” were held against their will and forced into producing lace or needle-
work. “These beautiful pieces were born out of such sadness.”

Her take on these traditions, however, is hypermodern: the designer’s training in textiles at Dublin’s National College of Art and Design lends her work the quality of soft sculpture, while her strong emphasis on sustainability and playfully romantic silhouettes saw her take home two prizes at the Festival de Hyères in 2019. “I think to some people ‘craft’ has negative connotations. There is a warped view of old, tired textiles that are no longer relevant to contemporary fashion. I hope that I can inspire and change how people see it.”

“The youth has new icons,” says Chloé Nardin, firmly. “People don’t care that much about Paris any more. Sportswear is a little foreign in the French fashion landscape – and that’s exciting.” A graduate of Central Saint Martins, Nardin’s time in London has led her to take a more critical look at the sartorial codes of her homeland, and push back against the cliches of Gallic style we might associate with the French-girl archetype.

But while Nardin’s designs might not fit the mould, they still conjure an intoxicating new vision of French style today, blending eerie references of medieval folk tales (think pantaloons, tabards, and nightcaps) with the looser, gentle ease of contemporary sportswear shapes inspired by the suburbs and skate parks of the city rather than the country’s grand historic boulevards. It’s no surprise, then, that Nardin has already found a tribe of next-gen style renegades as fully paid-up fans, including model Leon Dame and artist Damsel Elysium. “One thing I love about French culture is our romanticism. It’s funny how romance can ultimately be rebellious. To me, it’s about confidence, playfulness – and flirtatiousness.”