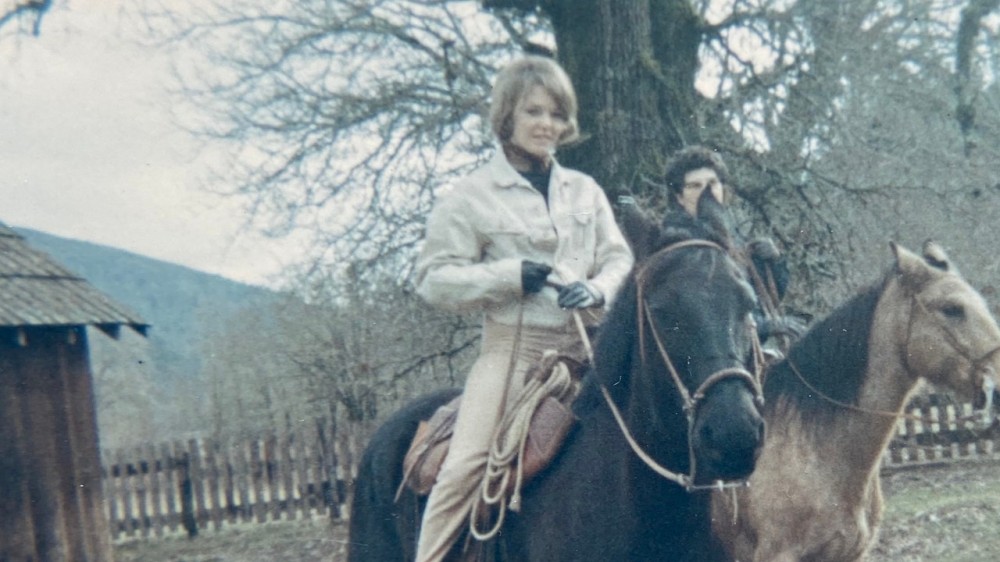 “What’s that smell?” I asked my mother one recent Saturday. A rubbery odor was coming from the room once known as my mom’s study, now converted to swing housing for my brood when we visit. Laid out on the table was the partially constructed skeleton of what appeared to be a large cat, diagrams tacked to the wall, small bones sorted into glass bowls. The faint scent of burning tires wafted from a glue gun.

“It’s a mountain lion,” she said, getting to the point. None of the kids slept there that night.

My mother—a geneticist who ran her own lab for decades at Columbia University and Tufts University before that—has always kept a collection of scientific paraphernalia in the house: lab beakers in the kitchen cabinets, microscopes in the garage, Darwin’s complete works in the living room. The walls of her study looked like a collage torn from Birds of America. There were animal skins in the closet, inky-dark creatures preserved in yellowing glass on the bookshelves.

She’d carried this particular specimen with her for years. In college, she worked in a vet school lab to supplement her scholarship money, cataloging bones, painting sections of giraffe skulls, sketching anatomical figures for the students to identify. Home one summer, she asked her father for a skeleton that she could build and label for herself. A professional hunter, he often kept the skins of the animals he killed, fed the meat to the dogs, and threw the bones out amid the sagebrush. He happened to have just tossed a mountain lion into the desert near the house, so she went out to retrieve it—and then kept it for 40 years.

By the time my mother was in college, her family had lived in the wild landscape of rural Nevada for about a decade. They had moved from temperate California to the desolate town of Elko, Nevada—population 6,000 in 1960—when my grandfather got a job working for the U.S. Fish and Wildlife Service and a few years later to the more hospitable Carson Valley at the base of the Sierra Nevada mountains. One of two official mountain lion hunters in the state, my grandfather tracked and killed the wild cats when they were menacing livestock. He’d travel hundreds of miles on his horse, camping with his bluetick hounds, eventually trapping the cougars up a tree. He taught himself a little Basque to communicate with the transient shepherds and the teenage boys they brought over from Europe to tend their sheep in a landscape that bore a surprising resemblance to the Pyrenees.

My grandmother sewed almost all her children’s clothes at this time—they had little money for store-bought things, and the nearest place to make purchases of any variety was 50 miles away in Reno. Once a year, when they would visit my grandmother’s sister, Peggy, back in California, my mother and her siblings were allowed to buy an outfit from JCPenney, where Peg would use her employee discount to get them a deal. Other than that, the only item of clothing they bought was jeans—Lee or Levi’s from the Western outfitters—which you were supposed to soak in the bath then wear on a horse until they dried in order to get the perfect fit. In the Nevada winter, my mother wore those jeans under her dresses, rolling them up when she arrived at school. It was 15 degrees outside, but girls had to wear skirts. She told me this story often when I was a kid, as a sign of how different life was for me, growing up in the ’90s in the soft-core New York suburbs, but also to underline the absurdity of such codes.

Some of this denim stayed with my mother, including a sandy-colored denim jacket (also Lee) with “Nevada Centennial: 1864–1964” stitched across the back in cobalt blue. It had been made by the sheriff for his posse, which included my grandfather, for the Carson Valley Days parade, and my mother had somehow snagged it.

The self-reliance built from growing up in such a hardscrabble way stayed with her too. By high school she was sewing her own outfits from Vogue or Butterick patterns, with some help from her mother. After college, she worked in a lab in Maine, where she wore her homemade dresses under wraparound lab coats. From there she went to graduate school in England, where she’d use a sewing machine in the grad-student common room or borrow her neighbor’s—a hand-crank clunker that had been to India and back. (This eventually took up residence in our house.)

Of course, I knew little of this sartorial history when I was growing up. What I do remember about what my mother wore presented a more polished picture: ’90s-style minimalist suits in shades of tan, taupe, and dove gray; silk blouses with mother-of-pearl buttons; a whole wardrobe from Country Road, “Australia’s first lifestyle brand.” She looked like she was going to saunter down the streets of SoHo or take off on a safari (minus the hat). Thinking back on it now, I wonder if that kind of refined outfitter look felt as though it suited her cosmopolitan present life while reminding her of her more rugged past. The outfits that she wore to work were professional—shift dresses, slacks, blazers—and I asked her once if she dressed like this to elicit authority in a field that was still, at the top at least, dominated by men. But she said it was more about generating respect above and below, to the students she advised as well as the department chair. She worked very hard, and she expected everyone else to as well. She had a few pieces of Issey Miyake in her closet that she wore when she dressed up—artful, elegant, and, crucially, very well made. Some of those she eventually passed down to me, and they have lasted.

My mother had mostly given up sewing by the time my brother and I came around. She knit instead—something that was quieter, avoiding the clatter of the machine when we were sleeping in the other room. And she was busy, and kid clothes were cheap. But years later, when my brother and I were out of the house, she returned to it, transforming old denim into sturdy quilts that became our picnic and beach blankets. I started to pass off to her the pants my kids outgrew or busted at the knees.

And then last year I began to cut up their old pajamas myself—some from their infancy, with ankle openings smaller than my wrist, which I’d carefully sorted and packed away, my own kind of taxonomic exercise—into tiny squares that would be the building blocks for another, softer quilt. My mother added some pairs she had preserved from our own childhood, several sewn by my grandmother; the elastic was as limp as a noodle, but she’d kept them for decades. The fabric, after all, was made to last, and nothing should go to waste.