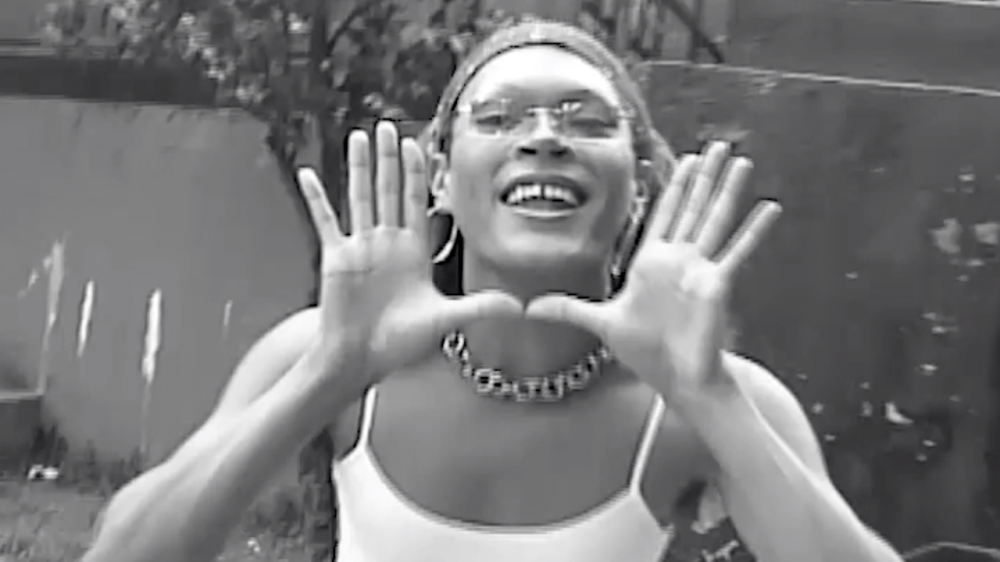 With just a few weeks before the election, get-out-the-vote campaigns are everywhere. Ariana Grande released a White House–inspired video, Bella Hadid discussed the importance of voting with Virgil Abloh and stylist Carlos Nazario over Zoom, while designer Tanya Taylor, with some help from Hillary Clinton and Rosario Dawson, spread awareness about the importance of registering. As for the downtown set, Danielle Nemet, a.k.a. Dani Aphrodite, has got you covered.

The Canadian-born, New York–based director’s spin on the voting video shows fashion’s favorite downtown social darlings pushing their followers to vote in clips packed with nostalgia. In one clip, drag star West Dakota—dressed in a bandana, hoops, and a tank top—says, “Me, not vote? As if!” In another, model Paloma Elsesser looks at the camera and says, “It’s about freedom. Freedom of speech. Freedom of choice! And freedom to vote.” Collin James Weber and Brandon Veloria Giordano of James Veloria also make a cute cameo and tell us to “Vote, baby, vote!” It’s all bits fun, cheeky, and seemingly plucked out of the ’90s.

The campaign, titled Level Up, was a joint effort between Nemet and the organization Soft Power Vote, a local resource created by New Yorkers Glenn Robinson, Melissa Saenz Gordon, and Yojaira Alvarez about voting in New York City with a focus on the ballot process and local politics. The Level Up campaign was a way for Soft Power Vote to get the message about voting out there to young people in a quippy, digestible way. “I think it [voting] just feels completely inaccessible to us,” says Nemet. “A lot of people that I know feel that there’s never going to be a break for them. And so why should they bother voting in the first place? I think a lot of my peers feel that way.”

To get the message across, Nemet, a self-described “nostalgia freak”, was inspired by the Rock the Vote videos from the ’90s, a campaign that included Madonna singing about voting while swaddled in an American flag and Iggy Pop speaking about freedom of speech while being wrapped in tape. “You can be yourself—in your nudity, in your American flag, or your baggy jeans and be topless—and still have an opinion and still have information worth sharing,” says Nemet. Rock the Vote’s use of influential celebrities resonated with Nemet. After all, she runs with a cool crew in New York who each have a following of their own. “We were trying to use this method of the ’90s, such as celebrities getting your attention,” says Nemet.  “I’m trying to get cool people on the internet to get your attention who are also saying, ‘We should use our voices. It’s time to get involved and make a change.’”

As a Canadian citizen, Nemet herself cannot vote. But that has only galvanized her more to spread the word about voting. “I not only want to take action for myself but also for my friends and family who are here,” she says. “Just because I don’t have the right to vote doesn’t mean I don’t have a responsibility to be active at this time. It is an important thing that you need to exercise your privilege in being able to vote and speaking up for those who can’t necessarily.”