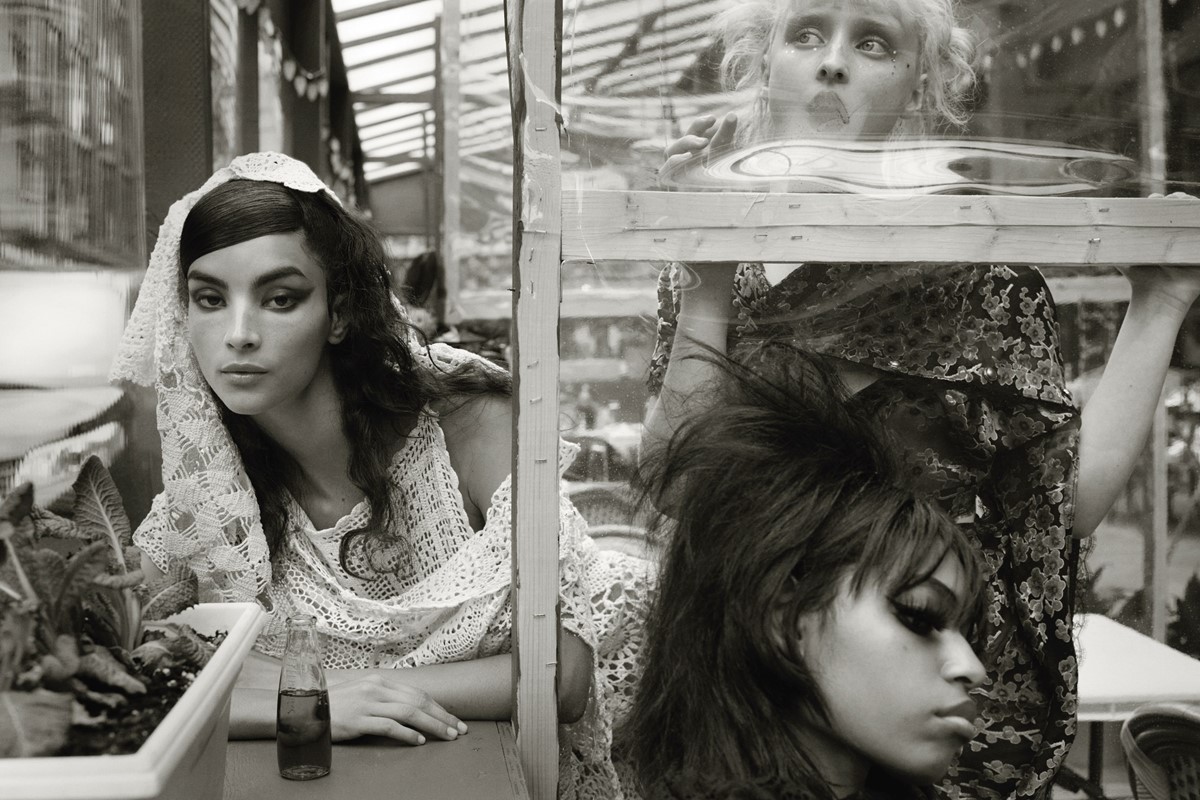 Earlier this year, as New York slowly came back to life, Ethan James Green would spend his mornings walking through Little Italy, breathing in the city’s redbrick roads, stacked high with dining chairs, rolled-up awnings, and the early hum of street sweepers. “It just reminded me of my young NYC days,” he says, calling in from his Chinatown studio. “Ending the night at some stranger’s apartment and then taking that funky walk home. I just knew there was a story in it.” So, when Dazed editor-in-chief IB Kamara approached the photographer to shoot Dazed’s digital cover, Green was “really excited to hear from him”. “Dazed was one of the first magazines I shot for. To return under IB’s new vision was so fun”.

Together with stylist and Dazed 100 graduate Akeem Smith, Green captures a group of daybreak revellers, lolling about in Manhattan’s dining district, decked out in Couture. “Our initial idea was nightlife,” he says, “though we really wanted to include the things we had been missing over the past year, so touch was really important, too.” Texture and tactility have always been central tenets to Green’s work, and here, between the frizz of a sweaty bouffant, crisp sequin shawls, and hot breath fogging over plastic gazebos, it’s almost tantalising.

Green describes his workshop as walls covered in scraps of paper and floor to ceiling moodboards. And since this shoot was a month in the process – a rare luxury in the fast paced slam of fashion photography – it gave Green “time to brew”. Slowly, he saw his surroundings swallow themselves in reference imagery and torn-out magazine pages. “There was a lot of street photography but then there were loads of Steven Meisel’s Vogue Italia stories in there, too. Those narrative shoots are one of the main reasons I do what I do,” he explains. That blend of raw portraiture and glossy storytelling lends a distinct, cinematic quality to Green’s photos – the timelessness of which is surely exemplified in these images. “I love classic but I’m on a constant mission to find the new classic.”

Although Green has shot just about everyone – including Naomi, Bella, Rihanna, Tom Waters, RuPaul to name but a few – for just about everywhere, this time around, he was only interested in casting models who hadn’t had their moment in the spotlight. “If you’re working with someone who’s new to modelling, there’s this awkwardness which works really nicely for a photo,” he says. “A well known model can sometimes distract from the concept and we just wanted to focus on the story.” And, while big ticket models usually come attached to projects these days, Green said that this was the first time – in his entire career – that he has been able to hold go-sees himself.

The same can be said for the models themselves, too, most of whom had only moved to the city during COVID. This ragtag band of fledgling New Yorkers became a font of inspiration for Green – “those who wake up and take whatever the day gives. Back when the only goal is to figure out where everyone’s going out and to meet someone new”. It’s a life Green knows all too well, having moved to the Big Apple when he was just 17 to model – soon landing Calvin Klein campaigns and sitting for his hero, Meisel. “These kids are definitely on their way home and who knows what they’ve just been doing,” he says. As such, the hair’s left unkempt, the make-up a little worn, the movement very languid.

“We wanted an element of narrative and storytelling, which was exciting to hear because that’s where I’ve been at”. Green’s back catalogue of work is, in his own words, “straightforward” and “direct,” made up of mostly cropped, minimalistic, black and white portraits. Recently, however, the photographer has started to work more intimately with setting – “to inform who that character is, and use it to bring in a narrative”. “I want there to be this element of storytelling in everything I do. I feel like we don’t get to see stories like that anymore,” he concludes. “I want fantasy back.”