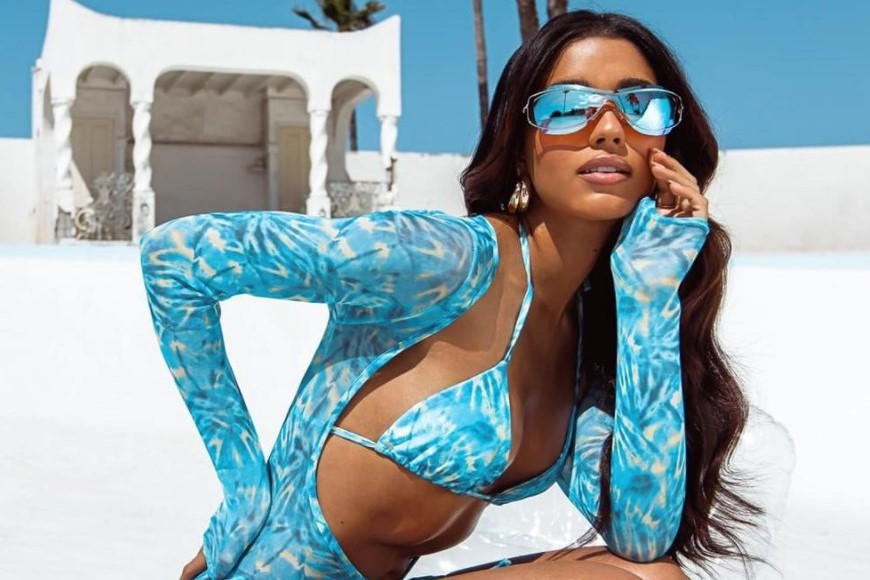 Graduate Fashion Week came to a crescendo last Thursday (June 17) with a unique “slow” runway finale. Hosted by sustainable designer Patrick McDowell, the catwalk sent out the best in eco-conscious fashion from a variety of graduates from universities outside of the London art school bubble. In communion with the showcase, Samsung, the event’s sponsor, commissioned a UK study to find out just how many of us actually care about shopping sustainably.

Turns out that the vast majority of us actually do – research found that over 60 per cent of young people are ready to “ditch fast fashion” entirely. A figure that has seemingly been catalysed by lockdown, during which 40 per cent of people realised they “only wear a handful of their outfits”. Earlier this month, an extensive study by the Royal Society for Arts, Manufactures, and Commerce revealed that over half of fast fashion was made from virgin plastics, which are forged from fossil fuels – so there’s little wonder as to why the hive mind is increasingly turning away from low-cost clothing.

Samsung’s study also found that an average of four pieces of clothing in our wardrobe are never worn, which amounts to 59 million garments in total. Consumers of cheap fashion cannot always be held accountable for these kinds of statistics, however – 30 per cent confessed that they wouldn’t know where to start with eco-friendly fashion, while another 40 per cent expressed a desire for greater education. Meanwhile, sites like Boohoo, Missguided, and Pretty Little Thing continue to sell 8p dresses and £1 bikinis. Not to mention the government, who have rejected 1p tax levys on fast fashion and gone against the Environmental Audit Committee’s recommendations to tackle waste, pollution, and modern slavery.

Fast fashion is, despite our alleged values, still booming. 41 per cent of people stated that they would rather be “fashionable” than “sustainable”, which again speaks to a lack of education and accessible options when it comes to conscious fashion consumption. Ultimately, price continues to drive young consumers’ decisions – 9/10 believe it’s the brands’ responsibility to address environmental and social issues. But until that happens, here’s our guide on how to free yourself, even just slightly, from the shackles of fast fashion.