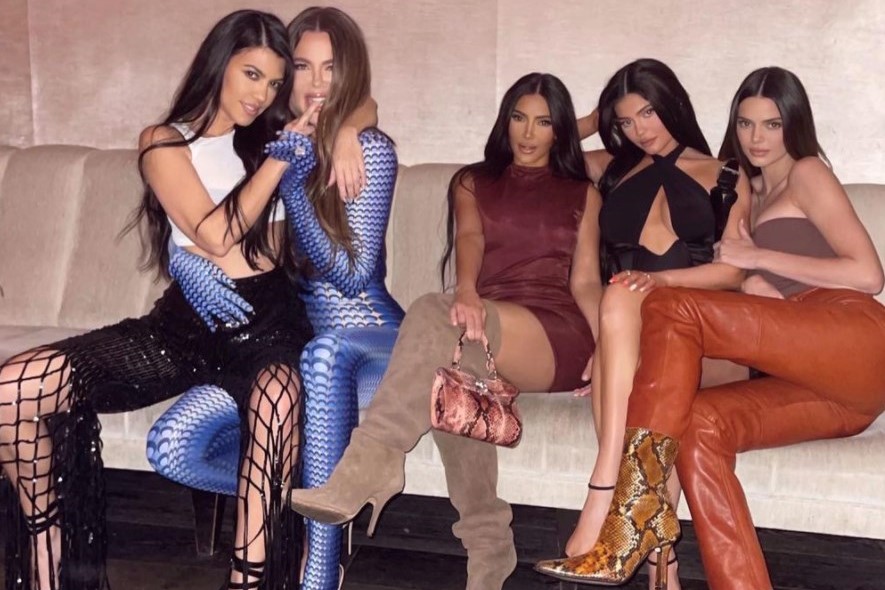 Long before Poosh, KKW makeup, Good American, Skims, and Khloe’s bizarre Febreze spon con, there was DASH – the Calabasas sisters’ string of fashion boutiques where patent black chandeliers swung over discount racks of sexy kaftans, cork wedges, and leopard print maxi dresses. It was back when Kim was still in her shisha lounge, handbag brandishing, “don’t be fucking rude” era, and sadly, since the stores were forced to close in 2018, it’s a time we will never get back.

However, as one door closes another, quite literally, opens. Now, the Kardashian-Jenners are launching a bricks and mortar retail location for Kardashian Kloset, their haunting resell website, on the Las Vegas strip. Opening in the belly of Resort World Hotel, the store will stock pre-owned apparel and accessories from the family with new pieces added weekly.

Kardashian Kloset first went live in 2019, and it has since become a phenomenon in and of itself. YouTubers rack up millions of views on their Kloset haul videos, showing side-by-side comparisons of themselves and the celeb sisters papped in the designer looks, from which there is a plethora to choose from – items are flogged online for as little as $25 for sportswear, or as high as $55,000 for a rare Hermès Birkin bag from Kylie Jenner’s range.

From Kris to Kendall, the store is segmented into “collections” from each sister, meaning the allure of the venture is posited not on the inherent value of an individual piece, but on the sister who once wore it. As much as it’s a laugh to wear a Kardashian hand-me-down, Kloset relies on the family’s colossal fandom, in which possession, ownership and access, are driving forces.

“Everyone is obsessed in some way, shape or form with the Kardashians,” Cynthia Bussey, the site’s co-owner (and Kris’ cousin) said. “With what they do, with what they wear, where they go, and they follow them. I think that’s been the success of (Kardashian Kloset) because there is an obsession out there.”

More details on the new Kardashian Kloset store are expected to be revealed closer to the opening date, but the family has plans to expand the shop’s offering beyond just fashion. Could you snuggle down into Kris’ pre-owned ben linen? Slather on an old Kylie lip kit? Or perhaps get your mitts on the sisters’ extensive art collection? Check out the store from June 24 to see for yourself.