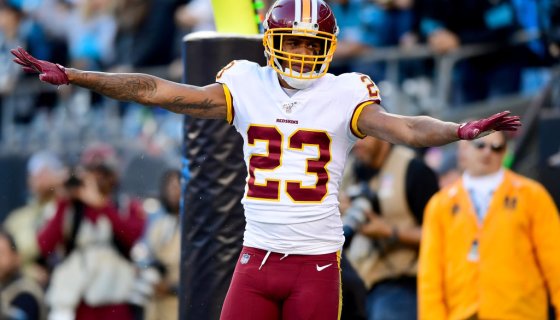 Times are hard, but this is high key ridiculous. Deandre Baker and Quinton Dunbar have been accused of armed robbery and warrants have been issued for their arrest.

Allegedly, the duo pulled off a jux at a cookout. Yes, you read that correctly.

According to police, the two men were partying in Miramar, FL on May 13 … when things took a disturbing turn.

Cops say Baker and Dunbar were allegedly hanging at a cookout — playing cards and video games — when an argument broke out and Baker whipped out a semi-automatic firearm.

Cops say the men began to rob party guests … with Dunbar assisting in taking watches and other valuables at the direction of Baker.

At one point, cops say Baker directed a 3rd man — who was wearing a red mask — to shoot someone who had just walked into the party … but fortunately, no one was actually shot.

However, this epic story of struggle has a twist. Baker and Dunbar may have gotten got themselves just days prior.

One witness told cops they had met Baker and Dunbar at a party a few days earlier in Miami — at which the NFL players had “lost” around $70,000.

Our sources tell us the men had “lost” the money in high-stakes card games and other forms of gambling.

One witness told cops the men were gambling again at the May 13 event … when an argument broke out and Baker allegedly flipped a table and busted out his piece.

According to cops, some people at the party believe it was a planned robbery because when the 3 men were done taking valuables, there were 3 getaway cars strategically positioned to “expedite an immediate departure.”

It goes without saying, we gotta hear both sides.