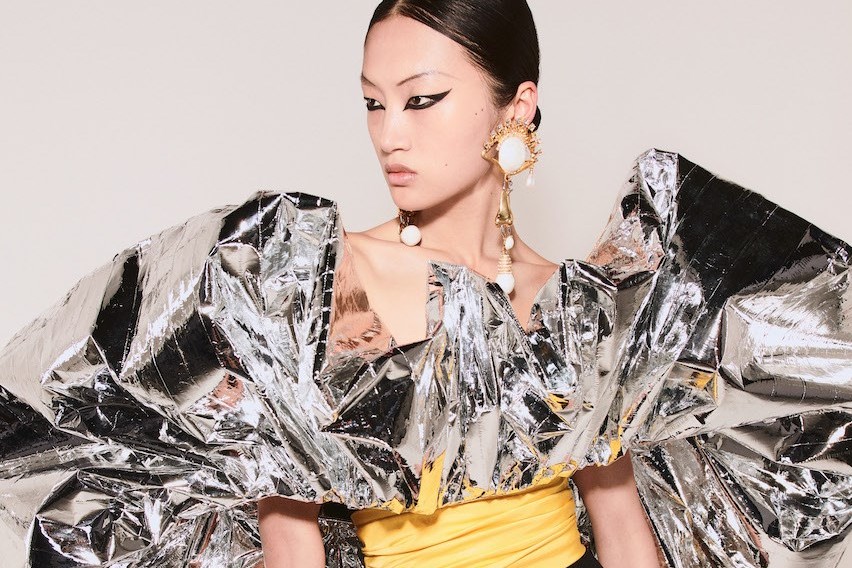 From Schiaparelli’s glittering, gold-drenched matadors to Demna’s big Balenciaga couture debut – we guide you through everything going down at the AW21 shows

And just like that, the SS22 menswear shows came to their official end this weekend – though don’t doubt there’s still a bunch of stragglers hatching plans to present off-schedule in the coming weeks, given fashion season is basically a year-round event these days. In the meantime, however, we’re on to the most prestigious, most glittering event on the sartorial calendar. That’s right: the Haute Couture circus has rolled into town, baby! You might not have a front row seat, but as ever, we’ve got you covered – welcome to our round-up of everything going down at the AW21 shows.

The AW21 couture shows started with a bang, as editors from around the world descended on Paris for the first time since March 2020. IRL shows! The day has finally come! Kicking things off was the first Alaïa show under the direction of Pieter Mulier, which took place on the street outside the house’s HQ. Although Raf’s former right-hand man avoided Azzedine’s extensive archives – for fear of becoming ‘too intimidated’ ahead of bringing his first collection to life – he paid homage to the revered and much-missed designer through body-con minis, laser-cut, sinuous knits, sharp tailoring, and flashes of luxurious marabou and python, while simultaneously punctuating the offering with his own modern flourishes, including deconstructed denim and new takes on Alaïa’s classic hoods.

In place of show notes was a short letter Mulier dedicated to Azzedine himself: “This collection is a tribute to thank you. To express my sincere respect, and recognition for the work you did. Thank you, Azzedine, for your audacity that helps me today to take risks in the act of creating,” Mulier wrote. “I will take care of your house and your family with a tremendous sense of admiration and responsibility. It’s a dream come true to build the future of this legendary house.” I’m not crying, you’re crying etc.

Schiaparelli is fast becoming the hottest ticket of the couture season, and Daniel Rosenberry’s AW21 outing was no exception. Where previous collections have seen him turn his nose up at nostalgia, this time around, the designer explained that nostalgia was where it all started this time around. “I found myself wondering, again and again: what if you combined a little Manet; a little Lacroix; a little 1980s; a little 1880s; a little matador; a little space alien; a little Ingres; a little shimmer; a lot of colour?” Intent on finding out what that would look like, the answer was offering number four, The Matador, which saw Rosenberry reimagine Spanish archetypes in typically surrealist, bizarro fashion.

Models wearing velvet corsets dripping with gold embellishment became the bull itself through horned headpieces, while the quintessential matador jacket was reimagined with dramatic sleeves that ballooned from the elbow, as finished with glittering moulded armour to the chest. Meanwhile, the red flag controversially used to entice the creature during traditional bullfights became an enormous rose at the waist of a cinched evening dress, with looks finished with jewel-encrusted rococo clutches, big, brash brooches flashing rippling abs, and the kind of door-knocker earrings Pat Butcher would go berserk for. “No more cookie cutter fashion,” Rosenberry wrote in his show notes, explaining that, in previous seasons, he’d been creating for the end of the world, right now, he was far more interested in clothes that inspire hope.