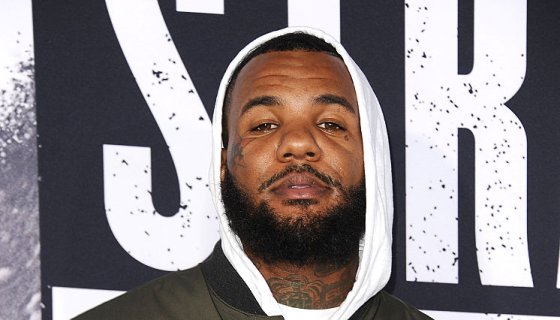 just took another L in court. A judge has ruled that the Compton rapper’s ual assault accuser, who won a $7.1M judgment against him, to get all her coins.

Priscilla Rainey claimed the Game assaulted her during his VH1 reality show She Got Game. Now the rapper is paying, literally, for blowing off her case.

Judge Virginia A. Phillips ruled last week that Priscilla Rainey can begin collecting The Game’s royalties from Broadcast Music Inc (BMI) until The Game’s debt to her is paid, BOSSIP can reveal.

Judge Phillips transferred The Game’s rights to collect the royalties to Rainey, and if he tries to block the payments, he’ll be held in contempt of court and could face jail time, according to court papers obtained by BOSSIP.

The Game never responded to Rainey’s motion, and no lawyer was listed as representing him on the case Wednesday.

Rainey is set to receive her first payment from The Game’s royalties later this week, the court docs state. She complained in court docs that since the judgment was filed, she’s only been able to collect about $70,000.

Back in 2015, Rainey sued the Game, claiming he groped her vagina. A jury ruled in her favor and a subsequent appeal for a new trial was shot down.

The Game might want to lawyer up and work things out because 7.1 M’s ain’t nothing to sneeze at. Or at least get on a payment plan.