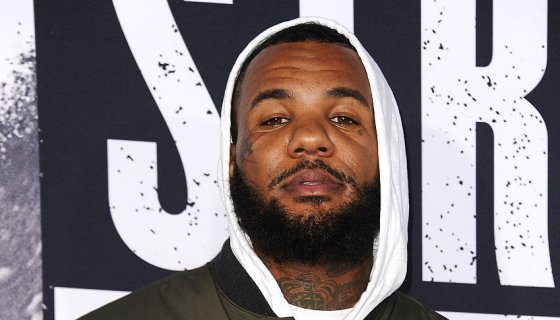 Just days after unveiled his Kobe Bryant tribute tattoo, the self-proclaimed King of LA, The Game took to Instagram to showoff his own Kobe inspired ink, and well, it’s not as hidden as Tity Boi’s is.

While Chainz got Kobe’s jersey number 24 tatted on his legs, Chuck Taylor decided to go with the Lakers legend’s OG number of 8 inked above his left eyebrow with Kobe’s signature rounding out the edges.

The Game is the latest celebrity to do something to pay homage to the memory of Kobe Bean Bryant as heads like LeBron and Chainz have gotten Kobe dedicated tattoos, Spike Lee wore a Lakers colored outfit to the Oscars, and Shaq threw a Kobe burger special on his restaurant’s menu for $8.24. A burger, 5 onion rings and 81 fries for less than $10 should be the standard in any restaurant at this point.