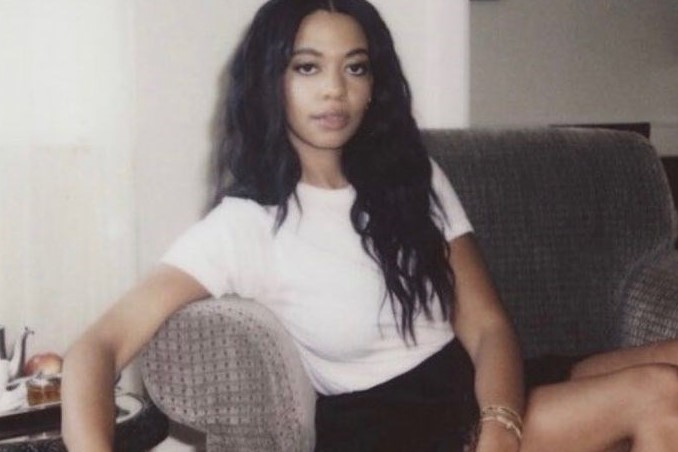 In a year the industry faced a reckoning and its failings were brought to the fore, Aurora James, Lindsay Peoples Wagner, Sandrine Charles, and more were fighting to make change

2020 knocked fashion off course. The COVID-19 pandemic saw fashion weeks cancelled and moved online, physical retail stopped in its tracks, and huge sections of the global supply chain come grinding to a halt, as unshipped orders stacked up in factory corridors. With little else to distract us, brands were taken to task for leaving garment workers destitute and exposing others to dangerous working conditions. Some took the opportunity to step off the treadmill and call for a slower industry while others ceased trading completely, unable to recover from the loss in sales revenue.

Among the turmoil and rising death toll of the pandemic, the murder of George Floyd – and the subsequent spotlight on the killings of other Black people including Breonna Taylor and Ahmaud Arbery – thrust the Black Lives Matter movement into global prominence. The resulting focus on anti-racism exposed deep-seated inequality within the fashion industry, from the absence of representation on the catwalk to a lack of Black employees and support for Black-owned brands. Platforms such as Man Repeller had to reckon with its problematic past, ultimately shuttering in October, while countless brands, from high-end to high street, were called out for a plethora of historical (and not so historical) racist behaviours.

While some have chalked 2020 up as a lost year, one to forget, others have embraced it as a catalyst for change, utilising the momentum of global unrest to push for something better. Get to know the pioneers who set out to make 2020 count, challenging norms and changing the face of the industry as they went.

Aurora James is a seasoned member of the fashion industry, having founded artisanal accessories brand Brother Vellies back in 2013. But the events of this year prompted her to question the intentions and integrity of her peers. “When everything was happening and George Floyd was being murdered, I was having two different experiences,” James says. “I was reading all the emails that I was getting from these companies that were like, ‘We stand with you,’ and seeing it on Instagram, and I wasn’t actually feeling that. I was reading it, but I wasn’t believing it or feeling it.”

Reflecting on past experiences and disappointments led her to realise she needed a clear metric to quantify whether people were truly willing to stand with her, so she devised the 15 Percent Pledge. Starting life as a campaign and growing to become a non-profit organisation, the initiative calls on major retailers to commit a minimum of 15 per cent of their shelf space to Black-owned businesses, representing that Black people make up 15 per cent of the US population.

So far, the likes of Macy’s, Bloomingdales, and Vogue have taken the pledge, leaving James pleasantly surprised. She notes, however, that she’s “saddened by some of the companies, including Moda Operandi and SSENSE, that are choosing not to engage publicly.”

“Why would I want to entrust my creative expression for a company to profit from when that company doesn’t respect me and or my friends as human beings?” she says. Despite some notably refusing to engage, however, James is on standby, ready work with those who are willing. “You need someone to help you? Sure, I have every single expert on speed dial ready to help any of these businesses that want to step up and do this. Any help you need, we’ve got you. But they have to actually want to do the work.”

The seeds for The Black in Fashion Council (BIFC) were sown two years ago when Lindsay Peoples Wagner, editor-in-chief of Teen Vogue, wrote an article entitled “What it’s really like to be Black and work in fashion”. The piece detailed racism, inequality, and social obstacles at every level of the industry. Recognising the need for far-reaching systemic change, Peoples Wagner teamed up with PR specialist Sandrine Charles and launched BIFC in June of this year, aiming to push for structural and internal action that genuinely addressed inclusivity.

The BIFC team is made up of stylists, influencers, editors, models, and freelancers who have come together and, in just a few short months, signed up almost 100 brands, from IMG to Ralph Lauren. Those who’ve signed up commit to a three-year pledge for inclusion and receive the tools they need to stay accountable, as well as a yearly equality score, based upon the BIFC’s newly introduced equality index.

“The process has been long, but we are determined to see actual change and progress in the industry,” Peoples Wagner told Harper’s Bazaar earlier this year. “Creating a new industry-wide standard as far as inclusivity has never been done before, but it’s needed now more than ever.”

“In many ways I think COVID cracked wide open the injustices, inequities, and the power asymmetry of the fashion industry,” says Ayesha Barenblat, founder and CEO of non-profit organisation Remake, which aims to “turn fashion into a force for good”. Having grown up in Karachi, Pakistan amongst family members who owned factories, Barenblat was struck by the colonial overtones of ethical and sustainable fashion conversations when she moved to California to study. “All the finger-pointing was going to factories to say they’re the ones doing all the violations in the global south, and we have to teach these brown people how to respect them,” she says. “There was absolutely no conversation around what brand behaviour was leading to these violations.”

Remake was born out of Barenblat’s desire to advocate for “incredible Millennial and Gen Z women on the other end (in manufacturing hubs like Cambodia and Bangladesh) who are fighting for justice.” In sharing their stories, Barenblat was able to paint a picture of activism rather than victimhood. That strategy remained earlier this year when Remake launched Pay Up, a campaign run in tandem with labour organisers and union leaders on the ground, calling upon brands to pay for the billions of dollars’ worth of orders cancelled in attempt to stem COVID-19 revenue losses.

Over 270,000 signed Remake’s petition and millions engaged with the hashtag online – which was devised in a 7am Zoom meeting – however, for Barenblat it’s the work behind the scenes which has been most significant. “We were just amplifying the hard work of the women who were out there protesting on the streets, getting beaten by the police, and still demanding their wages,” she says.

When we speak, 23 brands had paid up, but Barenblat and Remake aren’t slowing pace. “Arcadia is on our minds, especially as they enter administration,” she says, pointing out how brands that file for bankruptcy so often pay shareholders and investors before even thinking about suppliers and garment workers. And then come the further six steps in the seven-point plan for major regulatory reform, which Barenblat is gearing up for as we enter the new year. “I really look at this as a bright moment if we can seize it. The women who make our fashion are hungry, so we can’t stop fighting now.”

SHARON CHUTER, PULL UP FOR CHANGE

“We’ve just started in terms of our mission and the journey ahead, but I’m very, very pleased with where we are,” says Sharon Chuter, founder, CEO and creative director of Uoma Beauty who, in May of this year, launched Pull Up For Change. The organisation aims to promote transparency around Black representation within the beauty industry. The #PullUpOrShutUp challenge called on all brands who had released a statement of support for Black Lives Matter to publicly release the number of Black employees they have within their organisations at a corporate level.

“The first brand that pulled up was Milk Cosmetics,” says Chuter. “They were the first one to take it and drop it on their grid and I think that set the standard.” Other beauty brands that joined Milk in pulling up their figures were Huda Beauty, Sleek, Lime Crime, L’oreal USA, and Glossier. Now, the movement has expanded to target brands outside the beauty sphere and Chuter has managed to engage a host of sectors, from fashion brands and media, to sportswear giants and tech companies.

While some were happy to rise to the challenge, some are less willing. Chuter was particularly surprised that Fenty Beauty didn’t pull up. “Everyone thought they would be one of the first, as a company they go so hard about inclusivity and diversity,” she says. “It was crickets, dead silence.”

But despite certain disappointments, no one could argue that Chuter hasn’t started something hugely significant. She can count Nordstrom, Birchbox, Levi’s, and Everlane amongst the companies she has encouraged to pull up and take action. And she won’t be allowing them to rest on their laurels. “Every six months we want to check in,” she says. Pulling Up was just the start for these brands.