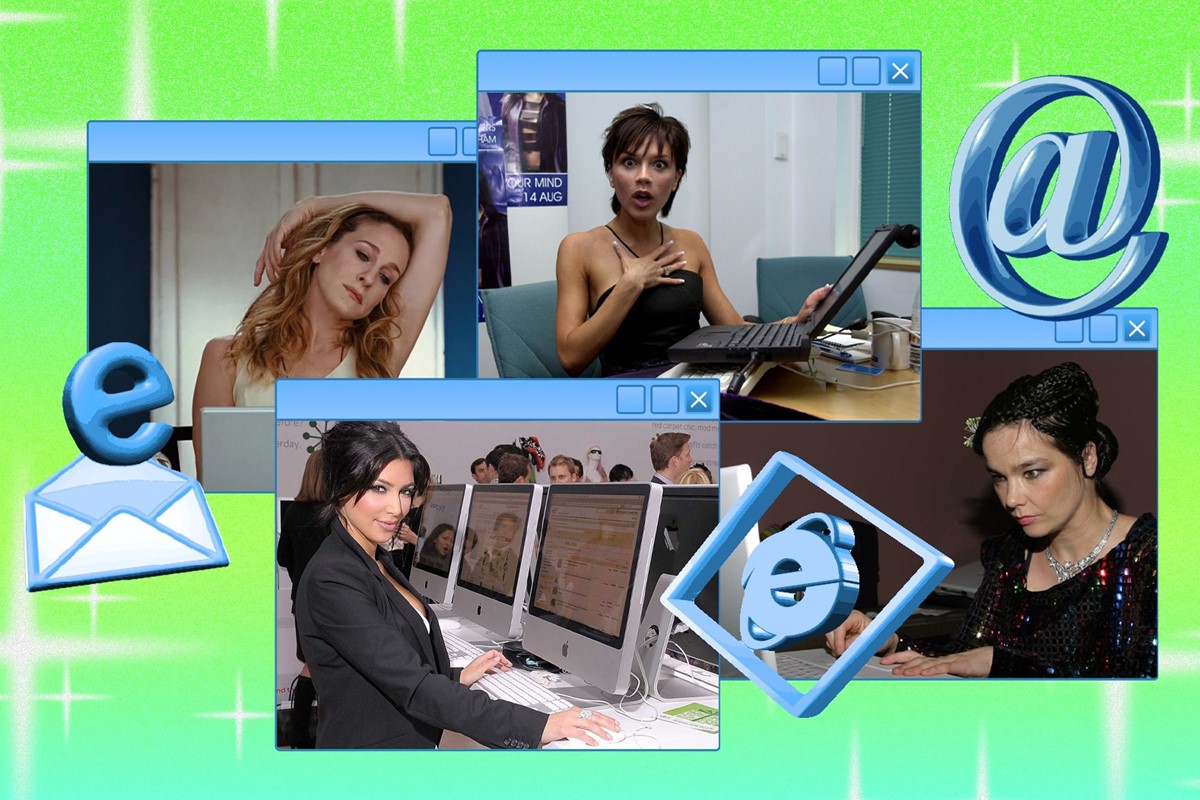 When it was officially confirmed at the start of the year that Sex and the City would be getting a reboot, the internet lit up with theories on where the show’s protagonists would be now. How would they write Samantha off? Would Miranda, like Cynthia Nixon, end up running for mayor? Would any of them have met a single POC yet? And what of Carrie? She’d have given podcasting a go, of course, but all the tech would have stumped her and that would’ve set her off on some tenuous allegory about her failed relationship with Mr. Big that literally no one wants or needs. And then, if 2021 is anything to go by, she would have settled on a newsletter.

Over the course of the past year, the phrase “listen to my podcast” has swiftly been replaced with “subscribe to my Substack”. It comes as increasing numbers of (mostly Stateside) journalists leave their posts at traditional media outlets to run newsletters on Substack, a three year old, VC-backed email publishing platform. For many, it offers a lifeboat off the wreck of a sinking media industry, which has jettisoned so many of its writers. From Buzzfeed to Bon Appetit, publications have been vexed with mass layoffs, as countless titles like Broadly, Garage, and MEL magazine have been shuttered, and the coronavirus has seen most people’s pay reduced pretty dramatically.

Emily Kirkpatrick started her style newsletter, I <3 Mess, shortly after quitting her job on the fashion desk at The New York Post at the end of 2019. “Too many of us are hired for our voices and then paid to edit them out again,” she writes in a blog post explaining her sudden decision to leave, which had also been stoked by this viral tweet. And, in a way, she’s grateful it happened. “One of my favorite pastimes is looking through celebrity photos on the Daily Mail sidebar, so I figured since I no longer had a publication willing to run my inane commentary every day, why not just aggregate it all in one place?” she says. “It’s definitely my favourite thing to do every week and has attracted a core group of readers.”

While I <3 Mess plumbs the brilliance of trashy celeb style, other fashion newsletters include Opulent Tips, Rachel Tashijan’s Sunday evening round-robin on life’s decadent spoils and Off Brand by Dazed’s former head of fashion Emma Allwood.. And, like a blue tick or an Instagram live series, these newsletters have become a pretty chic add-on to the personal brand. “There’s a real desire for writing and content direct from creator to audience,” says Alice Ophelia, who runs High Tea, a newsletter on Gen Z internet culture. “It occupies an emerging space between journalism and journaling.”

“What we’re witnessing is the new creator economy. People are really starting to see the benefit of moving away from established institutions that have dominated the publishing industry” – Alice Ophelia

In reality, it’s more of an evolution than an emergence. What are the Substackerati if not 2010 bloggers with some Silicon Valley tech? And much like the humble blog, newsletters present an exciting opportunity for emerging writers, too. After all, the fashion blogger to journalist pipeline is a well established route, carved out by the likes of Susie Lau and Leandra Medine. Similar to the early days of blogging, today’s newsletters are not bound to form or style either, with Kirkpatrick describing hers as a “stream of consciousness”. It provides a creative freedom, which on a practical note, will help you to finesse your voice, flex your editorial muscles, and build an all-important portfolio, which is an invaluable (although not essential) resource when it comes to pitching editors for the first time. Who knows: you may end up bypassing the pitching process altogether.

For Ophelia, newslettering is more than some flash in the pan, media trend but a durable business model mirrored by Patreon, OnlyFans, and Cameo. “What we’re witnessing is the new creator economy – just look at Twitter’s recent acquisition of Revue. People are really starting to see the benefit of moving away from established institutions that have dominated the publishing industry,” she says. “The production of newsletters really feels like a push into the democratisation of this space.”

In light of this, we asked some of these Substack aficionados for their top tips on starting (and maintaining) a thriving newsletter gig. Check them out below.

Where many publications are hesitant to commission hyper-specific pieces, newsletters thrive. “It’s such an easy way for writers to get their ideas out there, especially ones that might not make sense to publish at a traditional publication,” says Kirkpatrick. Tyler Watanamuk started his furniture and design newsletter, Sitting Pretty, when his same bi-monthly column, at a now defunct magazine, was canned. He tried shipping it about to other publications, but found many were unwilling to commit to such a niche column. “The most appealing thing about it living as a newsletter is that I’m able to treat it as a passion project. It has been such a joy to write, and I absolutely love that 99 per cent of the DMs I get are now about chairs,” he says.

Similarly, Ophelia’s newsletter started as “10 minute long voice notes” on all things TikTok with her co-writer, Faye Maddison, and it’s now generating impactful cultural coverage on internet leitmotifs. It doesn’t have to be lofty – you’ve just “got to give readers something they can’t get elsewhere” as Watanamuk says. And with that niche, comes a direct line to a stable, fixed audience of fans.

a lil reminder that i have a newsletter that is 80% photographs and 20% me mocking celebrities and what they choose to wear every week. so basically exactly what i do here, but even more rude. subscribe! if you want to! https://t.co/62TaVc1CoV

Unexpected, erratic emails are not just annoying, they’re spam. “My top rule is just consistency,” says Kirkpatrick. “My newsletter hits your inbox every Friday at 10am, which also gives my readers the weekend to leisurely scroll through the deluge of photos and captions I’ve curated for them.” There’s a reason why TV shows don’t just randomly broadcast, a regular posting schedule gives readers the opportunity to integrate your newsletter into their weekly routines. Even if it’s just a quick thumb through, it becomes habitual. Because if you can’t commit, why should they? Don’t be like Mr. Big. This isn’t a space for commitment-phobes.

“Don’t be afraid to indulge in self promo,” says Ophelia, via the spirit of PR guru Samantha Jones. It’s a bit of an ick-inducing term, but self-promotion is an incredibly important tool. Especially when you don’t have the backing of a publication’s established social media presence. It can be subtle, too. For example, Kirkpatrick likes to tweet a joke from the week’s newsletter and, once it’s gained a bit of traction, will point back to the newsletter it originated from.

“This is definitely a lesson I’m still internalising, but how do you expect anyone to sign up for your newsletter if they don’t know it exists? Also, exploit the platforms where you’re already popular or established. Having a decent sized Twitter following has definitely helped me out in this regard.” she says. It’s minimal risk, maximum reward – people might hate-read a piece on a magazine’s website, but they’re much less likely to hate-subscribe.

Read all about these wavy and curvy things in the latest Sitting Pretty: https://t.co/Ne9dgPGnOjpic.twitter.com/4vqNGCZIzE

Many Substackers find it hugely liberating to release the valve on their brain and simply word vomit into their newsletters. For once, they don’t have to match their prose to a publication’s tone of voice, which means no news-speak, shoehorned jokes, or SEO-optimised copy.

“Be true to your own perspective!” says Kirkpatrick, “I’ve found the more unapologetically myself I am in my writing, the stronger the response I get from readers.” And in turn, it’s helped to hone her voice and point of view on fashion, which she thinks “is incredibly valuable and something that can often get lost in the editing process when working with other outlets.”

a reader described my newsletter as “a weekly collection of things that make me say AAAH!” and i honestly can’t think of a better endorsement: https://t.co/62TaVc1CoV

“Just start!” says Ophelia, which seems to be the most valuable advice of all. “That thing you’ve been putting off but really want to do? Rip the Band-Aid off and go for it,” she says.

The beauty of a newsletter is that it can be as modest or as major of an undertaking as you want. I <3 Mess started as an email between friends and Opulent Tips continues to operate on an invite-only basis, meaning the parameters of a newsletter’s reach are set by you, for you. Watamanuk is happy with keeping Sitting Pretty a low-key affair: “I’m totally cool with having a smaller audience and getting to write about something that I find enormously appealing. The goal is to stay on this path, let it grow on its own, and hopefully, it will start making me some money one of these days.”

But be quick, because “the internet is constantly iterating and optimizing” he says, and it won’t be long until writers pivot to some other medium. “I just hope it’s not Clubhouse or TikTok.”