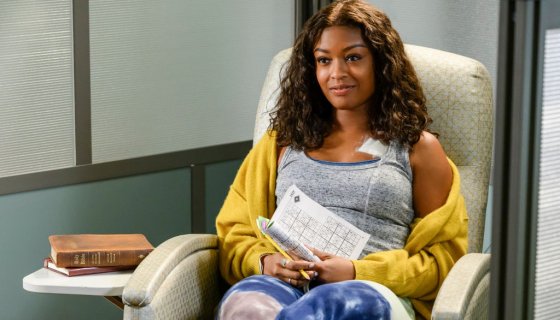 Looks like we officially have a new Batwoman and it’s a win for diversity on TV at the same time.

Just a few months after from the WPIX series, CNN is reporting that God Friended Me‘s Javicia Leslie has been chosen to pick up the cape and cowl left behind by the Orange Is The New Black actress.

While Javicia won’t be reprising the Kate Kane character that Rose vacated, Leslie’s new iteration of Batwoman will be the first Black woman to portray the heroine on film while remaining true to essence of what Ruby Rose started in her run as the caped crusader.

Leslie’s iteration of Batwoman will center on a character named Ryan Wilder, according to Warner Bros., which produces the series. (The studio, like CNN, is owned by WarnerMedia.)
Ryan, who will be lesbian on the series, is described as a “likable, messy, a little goofy and untamed,” according to a description.

When it was announced that openly gay actress Ruby Rose was cast to star as caped crusader in WPIXH’s Batwoman, bigot fanboys flipped their lid and took to social media to attack both Rose and the network for the decision. The homophobic backlash caused at the time. Though those same fanboys haven’t really gone racist or homophobic on social media like they did with Rose, we imagine it’ll begin to explode once the trailer for the next season drops sometime in the future.

The new Batwoman is said to be a “former drug runner who now lives in a van” so it’ll be interesting to see how she ends up in the cape and cowl. It’s also worth noting that this is a brand new character for the DC universe so the potential for character development and story telling is endless.

Notably, she’s also described as “nothing like Kate Kane, the woman who wore the Batsuit before her” and “not your stereotypical all-American hero.”

Batwoman is set to continue it’s 8pm slot on Sunday nights when it returns. Will you be tuning in? Let us know.