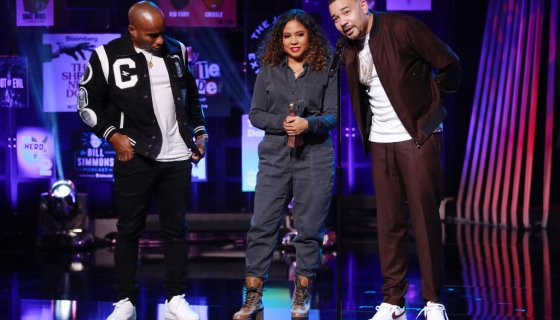 At a time when the country as a whole is trying to figure out what’s next, Power 105.1’s decided to try to mend bridges by inviting fellow on-air personality and known racist on their show to discuss the age-old topic of race–causing many fans to question the agenda of the show.

On Monday (June 1), and decided to virtually combine their respected shows in an effort to have an open and professional dialogue about the current state of race relations in America.

Initially, the conversation started with the four hosts opening with the understanding that there needs to be justice rendered for the senseless murder of George Floyd.

“I have to say this,” Rush Limbaugh said. “When I saw the video of George Floyd being killed, it made me sick to my stomach, because what kind of person can hear someone asking for help and continue to cause harm with his hands in his pocket.”

But the unity was short-lived after Limbaugh began expounding on his thoughts on what’s the issue race relations in America after Charlamange asked why he switched his position from his previous stance which was far more racist, before calling out the conservative host for benefiting from white privilege–a privilege that Limbuaghand he stated he feels doesn’t exist.

“I know that you’re going to disagree with me on this — to me this is not America,” Limbaugh said. “America is a place with a robust opportunity if you want to go out and look for it and find it. Now the people ripping up the streets today and last night, the Antifa types, they don’t care to find it. I don’t buy into the notion of white privilege. I think that’s a liberal, political construct right along the lines of political correctness. It’s designed to intimate.”

Limbaugh’s statement left fans reeling taking to social media to call out the show for the special interview when Limbaugh was still pushing the same old story.

The Breakfast Club interview with Rush Limbaugh was…something. If Rush Limbaugh doesn't believe that Black people experience any specific harms because we are Black then what is the point of having a conversation?

During the interview, called out Limbaugh for his remarks noting that regardless of who the candidate is in the White House if they don’t care about Black lives, it doesn’t matter.

“I think it’s easy for you to say because you’re a white male and that comes with a different level of privilege,” Charlamagne said. “And I do think America does work but it works for the people it was designed to work for. It doesn’t work for everyone else the way it works for you.”

Listen to the interview and see what Twitter had to say below.

Charlamagne has sat and talked with Tomi Lahren and now the Breakfast Club is hosting Rush Limbaugh. Two committed racists. What is the point?

Don't ever listen to the breakfast club again. I mean that. Fuck em. Especially Charlamagne.

Just a reminder to NEVER EVER SUPPORT THE BREAKFAST CLUB. How many more examples do we need??? pic.twitter.com/Uuyj4mEGXq

I am SCREAMING. One day y'all will listen to black women. The faster we get Breakfast Club up out of here as a real source and campaign stop, the better we're be. there are so many other, and much better, options that never get the space these clowns get. https://t.co/yYQxXmcNiO

its not lost on me the black men that had all this smoke for Hillary, Kamala & Joe Biden on the Breakfast Club but now talking about "let's hear the other side out" when it comes to white supremacists like Rush Limbaugh…

i genuinely didn't realize rush limbaugh was still alive and now that nigga is going on the breakfast club pic.twitter.com/DRpb8RAdzy

We give too much validity to The Breakfast Club and their “culture talks” … I’ve heard many many bad takes from the hosts on that show.

The Breakfast Club is really having Rush Limbaugh on.@cthagod and that whole show are fucking trash and I don't know how many more times they gotta prove it before folks stop listening