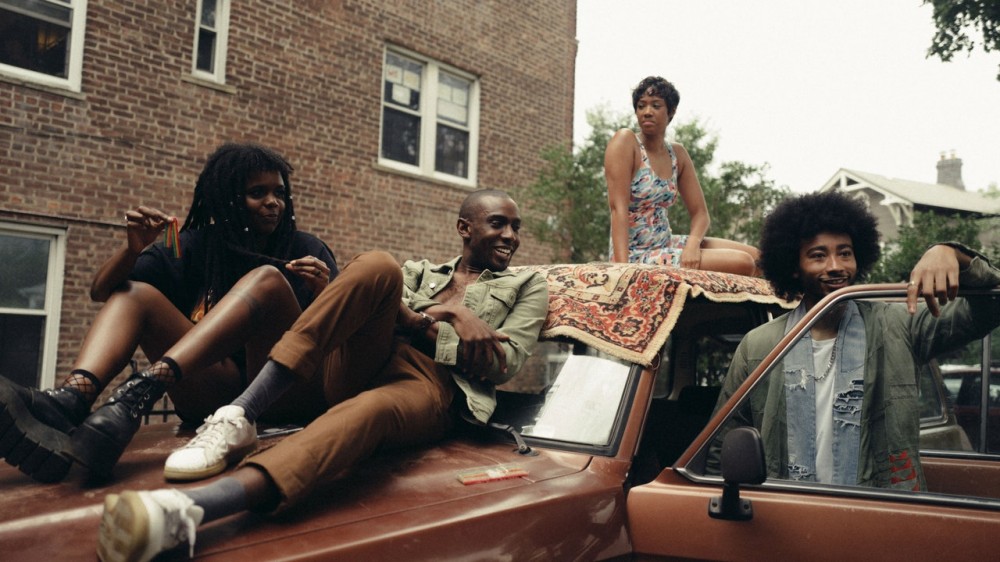 Impactful cinema is the Sundance Film Festival’s focus regardless of a movie’s length, and 2021’s winner for Best Non-Fiction Short Film was especially resonant. In Don’t Go Tellin’ Your Momma, musician Topaz Jones along with directing duo, rubberband (aka. Jason Sondock and Simon Davis) present a reimagining of The Black ABCs, a flashcard system developed in the '70s by Chicago teachers and the Society for Visual Education. Created to provide African-American children with learning tools they could see themselves in, the cards became a staple within Chicago’s public school system before gaining national popularity. Messages like “A is for Afro” and “S is for Soul Sister,” presented images of Black joy in an era where the majority of content created for kids centered on whiteness.

2020 marked the 50th anniversary of the Black ABCs. In the 26 clips that comprise Don’t Go Tellin’ Your Momma, the concept is modernized and expanded into an all-ages exploration of Black identity where fashion and music play key roles. Scored by Jones’s own music, it is a spirited visual album in the mould of Lemonade. In other words, a piece that displays an artist’s talents in multiple mediums while illustrating the connection between their lyrics and the sociopolitical issues that inform them. Finding a way to achieve all those goals while respecting the source material wasn’t easy. “It was definitely a bit overwhelming at first. I can confidently say none of us were thinking about awards at all when the film was being made,” said Jones via email. “We all shared the feeling that we were making something special and worked hard to honor that.”

Creative directed by Eric McNeal, whose insightful eye has elevated Pyer Moss’ runway events as well as Paloma Elsesser’s street style, the films utilize the best in design to tell a story. For McNeal, who grew up with the original flashcard deck, the project was personal. “In a way, I found my purpose through working on this,” he shared on the phone from Brooklyn. “Growing up attending Shirley Chisholm daycare in Crown Heights, I was very familiar with the Black ABCs. We connect to seeing people who look like us, and the alphabet represents the beginning of our understanding because it’s language that shapes the way we view the world.”

To create a strong visual identity that honored the source material, McNeal sourced costumes with a vintage feel. “It’s a lot packed into a short,” he says. “We’re tackling the entire alphabet, and it has to connect to the 1970s and its aesthetic. There are 36 different outfits in total, and you’ll see a lot of different brands packed in. There are pieces from Telfar, Bode, Thom Browne, Greg Lauren, Johnny Nelson and Issey Miyake and they all have a retro vibe that worked.” Connecting all this to Jones’s lyrics required careful consideration. “I’m such a fan of Topaz as a musician, but also just as a person, and this is his story,” says McNeal. “It delves into all the things that have influenced his life, but in a way that feels universal. It goes beyond style. When we say ‘V is for vulnerability’ and then discuss that with a Black therapist, or do ‘A is for amphetamines,’ it’s exploring topics that aren’t always easy to address.”

McNeal’s knack for capturing a mood was evident to Jones long before they began working together. Friends for several years, McNeal was the director’s only choice. “I would call Eric’s process spiritual and holistic. We were already friends, but we spent a lot of time just learning more about each other’s stories. I think there was a lot of overlap in what drew him to clothes and myself to music,” explains Jones. “All of those conversations helped to inform the looks in the film. Onset, he was constantly guiding us in alignment with our mission. In addition to being secretly hilarious and just one of my favorite people, Eric is an ideal collaborator because he has a unique ability to balance the tiniest detail and the totality of a concept. He doesn’t just throw himself into a project without thought or because they’re offering him a bag. It has to move him. His soul has to be involved.”

The entire project served as an outlet during the coronavirus pandemic. “Taking this one last year restored my creativity,” says McNeal. “Being able to not just style but also to creative direct and truly shape the visuals was incredible. And I think it speaks to the future—this is where styling is headed.” For Jones, seeing his vision realized so beautifully has been heartening whether the praise comes from the establishment or not. “For Sundance to validate and award what we did is certainly something I’m happy about because it hopefully helps amplify this message beyond where I could naturally reach,” he says. “[Still] I’m learning through this process that the most important validation comes from my family and friends.”