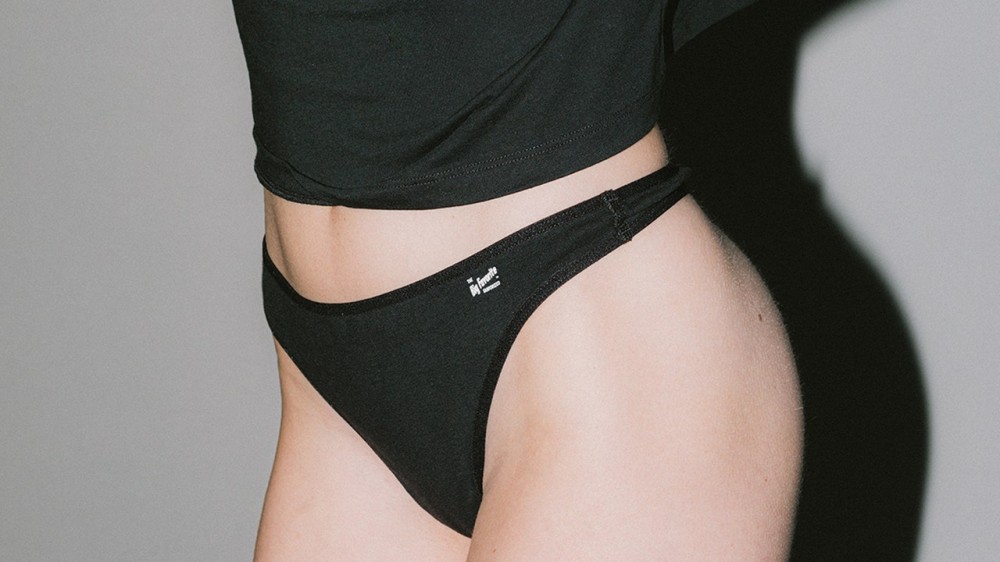 If you had to guess how long it takes 11 million pounds of underwear to end up in United States landfills, what would you say? Six months? One year? Try one day. Undergarments are a glaring pain point in the sustainable fashion conversation. There are brands making organic cotton and bamboo briefs, but no matter what your undies are made of, they’re still what you might call “single use.” Underwear is the only thing we can’t donate or sell to a consignment site, so when we’ve worn them out, we have little choice but to throw them in the trash.

Eleanor Turner, a designer who has worked for Tory Burch, J.Crew, and, most recently, the suiting label Argent (she co-founded the brand in 2016 and departed last year) just launched a timely solution: The Big Favorite, a line of pima cotton underwear and T-shirts designed to be worn, sent back to the brand, and recycled into new garments. In other words, it’s real circularity. Many brands have started using that buzzy term to describe clothes made of recycled content, but unless they’re taking responsibility for the full life cycle of those garments—by taking them back, repurposing them, or recycling them—they aren’t actually closing the loop.

Few brands have done so. There’s Kristy Caylor’s circular basics label, For Days, and Thousand Fell, which makes recyclable vegan sneakers. What they have in common with The Big Favorite is that they’re making “high-frequency basics”: Underwear, T-shirts, and sneakers are items we tend to wear until it’s time to replace them (and, let’s be honest, sometimes beyond that point). Even if you wanted to recycle sneakers or thongs from another brand, most of the products on today’s market actually can’t be recycled. Sneakers typically have a dozen plastic pieces that can’t be broken apart, and underwear is often made of blended synthetic fibers, which are difficult to break down and spin into new yarns.

“Brands will try to approach circularity as an afterthought, but that’s inauthentic,” Turner explains. “It has to be part of your approach from the very beginning. Our products were specifically designed for their ‘end of life’—they’re engineered to come apart easily, and we chose pima cotton because it’s a longer-staple fiber that’s better able to be recycled. We’re making those considerations, and that’s where the rubber meets the road,” she continues. “It’s where good design and prioritizing the planet meet. That’s where I see the opportunity—by building this brand, we’re also building the experience of taking back garments, and changing people’s behavior with it.”

Providing a new choice and inspiring that shift in behavior kept Turner motivated, even as the pandemic delayed her launch by six months. She credits her grandfather as an inspiration: He founded The Big Favorite in the 1930s as a workwear brand geared toward rural farmers who needed clothes that could work as hard as they did. Turner liked how the name suggested a choice—something becoming your favorite thing—and re-established TBF with a modern mission. “We’ve taken the brand’s high quality and reliable roots and repurposed them for a 2020 kind of daily grind,” she posted on her site. That starts with a unisex offering of boxers, thongs, briefs, crewneck T-shirts, ribbed tanks, and V-neck tees in black, navy, and white, with more colors and styles to come. The process of buying and returning them is easy enough: Once you’ve worn them out, you can scan a QR code on the garment tag to generate a free shipping label. After TBF receives your items, you’ll get credits to buy new ones (or you can donate the cash to a climate-positive initiative, like regenerative agriculture).

The backend is a bit more complicated: Turner’s team will aggregate, sort, and sanitize the garments before sending them to their textile recycling partner, who will then send the yarns to TBF’s factory in Peru to become new garments. Still, compared to the zig-zagging supply chains of new garments, it sounds radically simple. “Logistically, this can be done,” Turner says. “There’s just been a lack of effort, I think.”

Now is clearly the time for brands to invest in that effort, whether they’re making underwear or outerwear. Despite the growing awareness around sustainability, most clothing still ends up in a landfill, and we’ve never produced more of it; the New Standard Institute estimates 150 billion new garments are made every year. If a brand can’t rewire its entire supply chain to be circular, like The Big Favorite, it should at least prioritize using what exists, whether it’s with deadstock, recycled materials, or inventive upcycling. Turner hopes The Big Favorite can aid in “normalizing” garment and textile recycling, and she believes it’s creatives like her who will eventually influence other industries to close the loop, too.

“This needs to be done, and the most creative forces in this effort are going to win,” she says. “So I’m going to bet on me, and on The Big Favorite. Creatives have the ability to think outside the box and solve problems. You have to approach it in a way that isn’t necessarily logical—that’s how we’re going to change the game.”