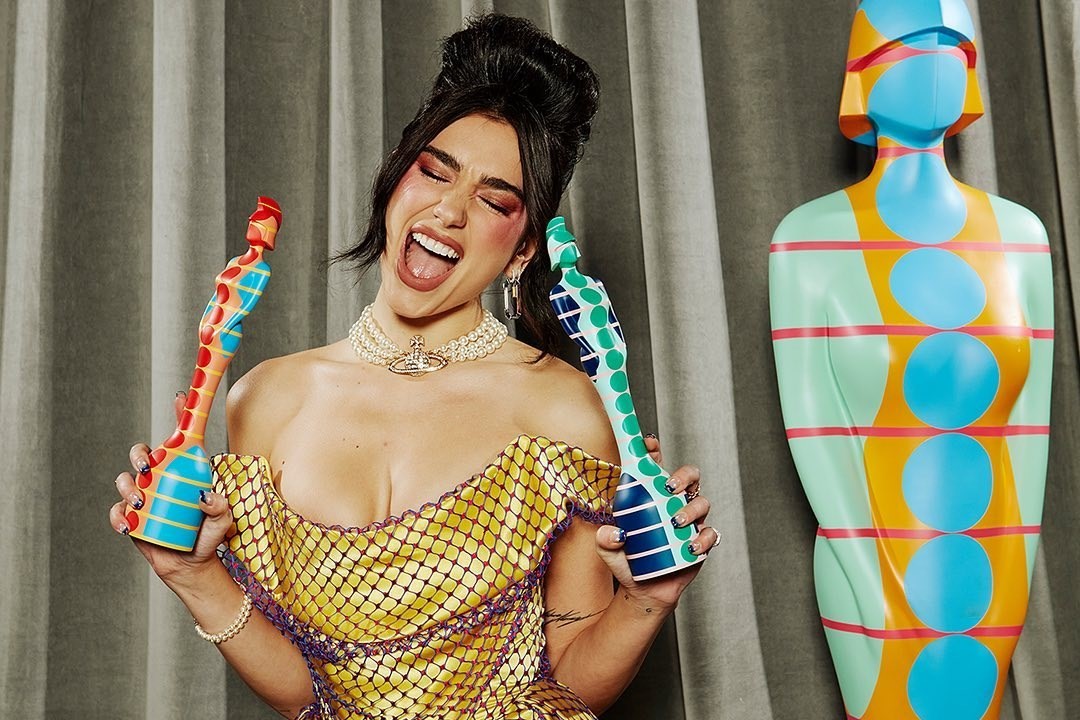 We’ve seen the VMAs and the Grammys play out across the Atlantic in recent months, but last night, it was the UK’s turn to honour its glittering pop scene as the Brits made their (slightly delayed) return to the O2 Arena. In front of a live audience of key workers from around the country, Dua Lipa landed on the stage in disco-fied Tube carriage and paid tribute to Geri Halliwell’s own big Brits moment in Union Jack-emblazoned Vivienne Westwood, Olivia Rodrigo made her lo-fi UK debut, and Headie One performed a powerful rendition of “Ain’t It Different” in a Virgil Abloh-designed set. But we’re not here to talk about that: we’re here to discuss the fashions served up during the night (duh). Click through the gallery below to see who wore what.