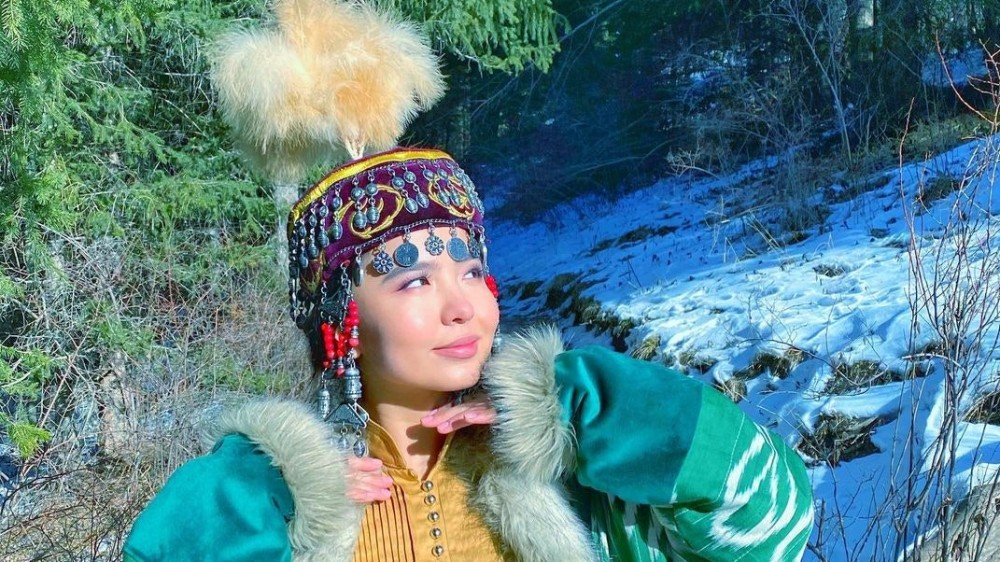 If you haven’t already added Kazakhstani musical sensation Marzhan Kapsamat to your list of Instagrams-to-follow, you should start today. Kapsamat is known for playing her country’s national instrument, the dombra, while in traditional dress. This week, she posted a video of herself playing the long-necked, two-string lute among the snowy mountains of Kolsai Lake, Kazakhstan in a striking green, fur-trimmed robe and a velvet cap embellished with coins, a qasaba, as a nod to her rich heritage. Now, we’re just waiting for the full-length music video.

Far from Kazakhstan, and back in the United States, Drew Barrymore shouted out Beyoncé in her newest Instagram. The glowing actress took a selfie while wearing a cropped honey brown hoodie from Queen B’s line, Ivy Park. Also bundled up was Chrissy Teigen who wore a full-black look (complete with a fuzzy hood) and paired it with blue puppy-printed socks. Teigen posted the image with an emotional caption referencing a painful few months and included the sentence: “But I refuse to not find humor in both the rage-fits and the outfits,” which is a sentiment we should all keep in mind.

And while she isn’t currently isn’t in her Emily in Paris character, Lily Collins still managed to turn heads with a striking fashion look. Before she headed onto The Kelly Clarkson Show, she posed in a Saint John’s black knit turtleneck sweater, a tweed carwash pleat skirt, and leather cuissardes. As Emily would say: “Tres chic!”

Here, see the best fashion Instagrams of the week.