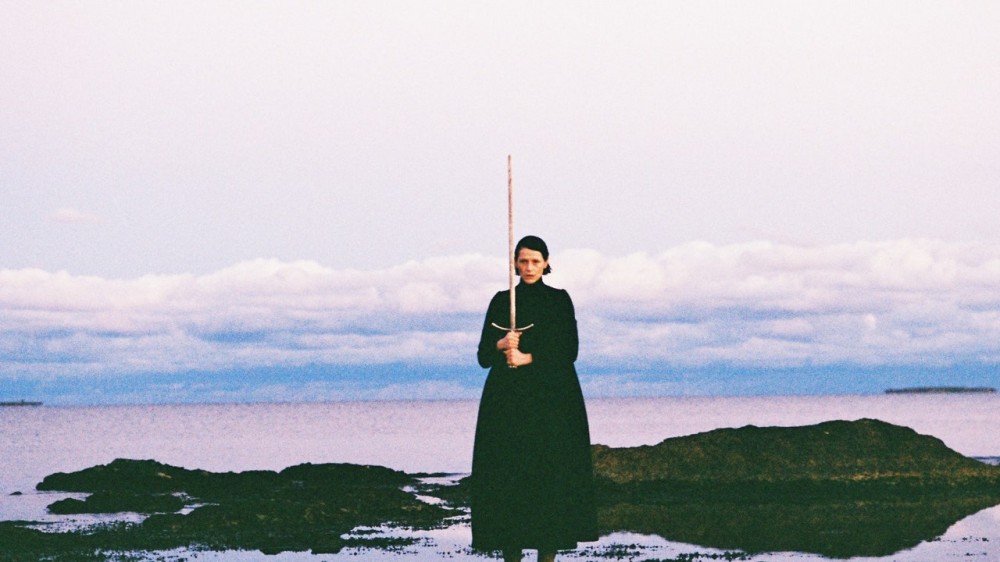 You can’t put Sarah Assbring in a box. Since the release of her first album in 2005, the creative polyglot behind El Perro Del Mar has been exploring multiple genres, fields, and formats, all in the name of art. As likely to compose music for Stockholm's Moderna Museet museum as to walk in Demna Gvasalia’s Spring 2018 runway draped in logo print, she’s drawn to outside the box projects and collaborations with industry rule breakers.

Her latest EP, Free Land, illustrates how Assbring is upholding the idea of music as a craft rather than a cash grab. Written while she completed her residency at Moderna Museet in early 2020, it’s an atmospheric tribute to artistic freedom. In an era where many performers are judged by their virality or ability to push merch, Assbring feels it’s time to reevaluate those priorities. “It’s difficult to make an honest living and maintain your dignity as an artist,” she shared on the phone from Stockholm. “The point of art is to question and give perspective to the world we live in, but what happens when that doesn’t exist anymore? We have to consider the value we place on art and culture within our society. I was looking for a way that I could embrace those ideas musically.”

Being surrounded by the works of Sigrid Hjertén and Marina Abramovic during her residency would inspire no matter what. Still, Assbring’s museum immersion—she was allowed full access to its collections and the opportunity to view them after hours—had a profound impact on her output. “I would walk around looking at century’s worth of collected pieces from Picasso, to Monet, to modernist paintings and I felt these were all pieces of people’s dreams,” she says of the inspiration behind the EP’s first single, ‘Dreamers Change the World’ “I wanted to bring the listener into a mood. It’s the way that I felt when I was walking through the museum alone. [The feeling of] growing as a person so that when you exit, you feel like something has happened to you that previously you’d been unaware of. You change from within, have thoughts you’d never considered before because something’s started to boil within you.”

When it came time to create the music video, Assbring wanted the visuals to convey the same energy. To achieve it, she enlisted talent from within the fashion industry. Directed and styled by Nicole Walker, founder of contemporary art meets fashion platform Amaze, the abstract clip features Assbring in runway pieces chosen for her by Gvasalia. The idea of a pop star in Balenciaga isn’t new—the brand’s latest face is Cardi B, after all—but the goth sensibility of the images Assbring and Walker created is arresting. Dressed as the “warrior of the artists” in a voluminous black velvet gown from Balenciaga’s Fall 2020 collection, she’s the indie-pop version of an avenging angel. “Nicole is very much a part of every visual aspect of me and what I do within my work,” says Assbring, who began working with Walker back in 2015. “The video is very much about fighting for the visionaries and fighting to preserve our dreams. I allowed Nicole to interpret the song freely. She has always heightened my work—it’s an indescribable partnership.”

In Gvasalia, Assbring found a like-minded collaborator with an almost psychic ability to select the right piece for the right moment. “I’m so happy that he chose them, he kind of read our minds when it came to where we were going and what we wanted to create,” says Assbring. “Sometimes, a song isn’t enough; there are things that music cannot express. Fashion and its visual aspects can go where music cannot.” The boundary-pushing nature of Gvasalia’s collections aligns with Assbring’s perspective. “I’ve always felt like other forms of artistry have had more of a direct influence on me than music,” she says. “In every industry, there are anarchists, that one person who takes risks and breaks from the norm, and Demna has done that within fashion, which I’ve found extremely inspiring. I’m proud to have been just a little part of all that.”

A rebellious spirit is a requirement for Assbring’s collaborators, and for the track “Alone in Halls,” she sought out the elegant vocals of a fellow “one-man band” innovator, Blood Orange’s Dev Hynes. “Devonte’s voice was just something that I heard inside of me when I worked on it,” says Assbring. “I thought it was something that felt almost like a choral piece, and I wondered what our voices would sound like together.” The song was recorded mid-summer at the height of the anti-police violence protests in the United States and across the globe. “You can almost feel the tension in Devonte’s voice,” says Assbring. “With the urgency of the protests, I didn’t want to bother him about the song. When he eventually sent through his vocals, they were so powerful, and even though it’s this short, almost ambient song, it holds so much emotion. To have Devonte be on that track was such a complete honor; he’s truly a multi-talented artist.”

The dedication and passion that each artist brought to the EP is something Assbring wants to see more of. With streaming services making it harder for artists to make a living and the threat of the COVID-19 pandemic, she’s found 2020 challenging. Still, she’s hopeful for what the future holds. “Maybe we can be free in the way we think about music,” says Assbring. “Be spontaneous, lawless, and a little bit of an anarchist. Everything has become so corporate, and the art gets lost. We need to ask ourselves what we truly want now.”