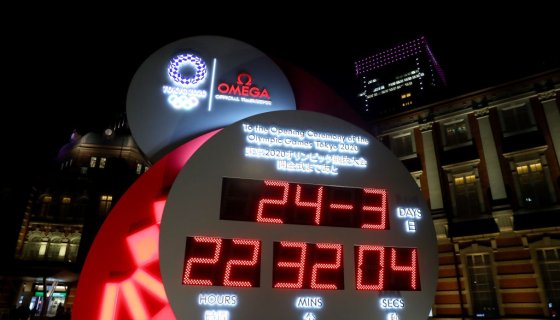 After much thought and delay, the 2020 Olympics have officially been postpone to 2021.

Once again the as the 2020 Tokyo Olympics join the NBA, NHL, and MLB in suspending and postponing their respective games. The Verge is reporting that for the first time in its 124 year history during times of peace, the world games will not be taking place as scheduled due to concerns of the COVID-19 outbreak.

Japanese Prime Minister Shinzo Abe announced that Japan and the IOC “have agreed that the Tokyo Olympics and Paralympics will be held by the summer of 2021 at the latest.”

Calls for the games to be suspended grew as the coronavirus continued to run roughshod through the world, but a decision from Japan and the IOC was delayed as they weighed their options and even contemplated going forward with the summer games regardless of the pandemic. Luckily for everyone, they thought better of it.

The International Olympic Committee (IOC) and Tokyo Games organizers were under mounting pressure to cancel the games this year. The IOC and organizers had long insisted that the games would go ahead as planned. But Canada and Australia said they would not attend the Tokyo Games if they went ahead as scheduled this year, while the UK and US have signaled a desire for a delay.

The only other times the Summer or Winter Olympics were canceled were in 1916 and during the World Wars in 1940 and 1944.

Unfortunately for Japan they’ve already invested between $32 billion and $41 billion to build competition venues and expanding their hotels to accommodate visitors from all around the world which was estimated to be around 500,000 people.

While the games were supposed to get underway on July 24, the postponement has no set date, but should we get back to normal by fall (fingers crossed), we should expect the games to begin the same time next year.

Until then be safe, wash y’all hands and for God’s sake stay inside and practice social distancing!