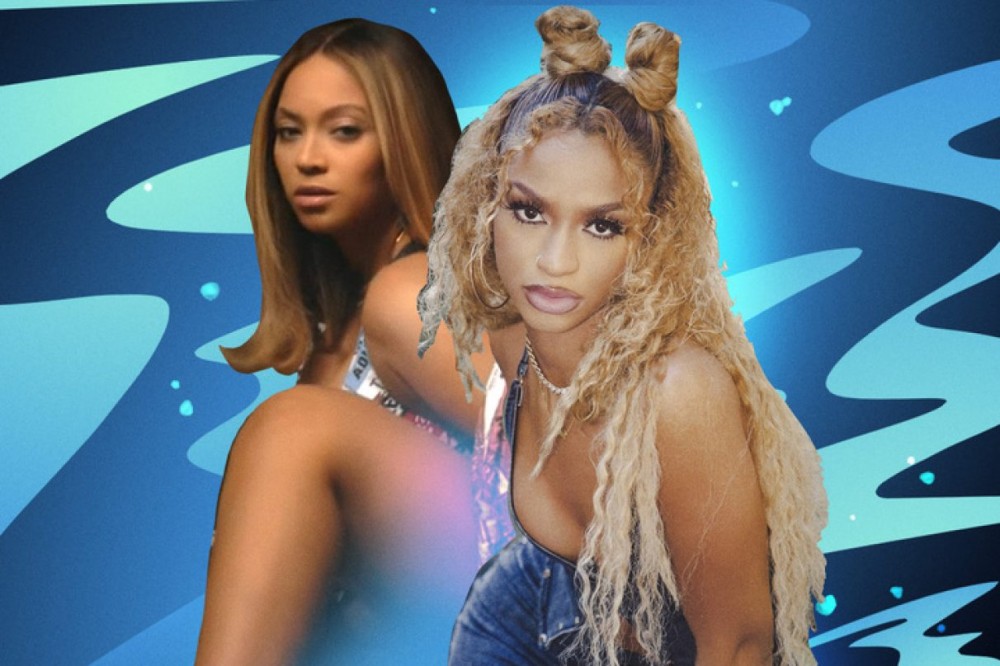 It is practically every modern performer’s dream to be part of anything Beyoncé has her hands in, and Afro-Latina artist Melii is no different.

“M SPEECHLESS!!!!!!!!,” writes Melii in an Instagram caption. “YOOOOOOOOO ITS Beyoncé, ARE YOU DUMB,” she continued, using the popular New-York expression. She went on, “LIKE YOU CALM DOWN IMA TURN IT TF UP! This is so MOTIVATIONAL SHE REALLY LET MY RECORD PLAY! My first ever single! ICEY.”

“Icey,” Melii’s first single from a few years ago was featured in an IVY PARK video, alongside the likes of Gucci Mane, Hailey Bieber, Kaash Paige, Akesha Murray, Shi Gray, Kyla Coleman and the Queen Bee herself–outfitted in ice-blue, white and brown pieces from the new upcoming collection.

Bey’s upcoming collection is all about bringing the streets to the slopes, mixing the classic alpine style with the unparalleled street flow to bring to life an array of apparel, footwear and accessories.

Melii has said that the song came about when she was in the recording studio enjoying herself and she started freestyling. She didn’t think too much of it, and just let things flow, resulting in a song with empowering confidence and a shattering delivery, situating herself on top of the world, and with the world in her hands.

According to a press release, the Melii single is the “perfect fit for this campaign, which seeks to inspire creativity, individuality, and imagination, featuring a diverse set of collaborators that show a more accurate representation of the country we live in now, including Melii’s ultra-Dominican hook “Tu me tiene’ dema / Cuida’o si me toca’ te quema,” which at the time was unprecedented as we hadn’t really heard authentic Dominican Spanish in a mainstream hip-hop English song without it being the forced and overused “mamacita” and its derivatives.