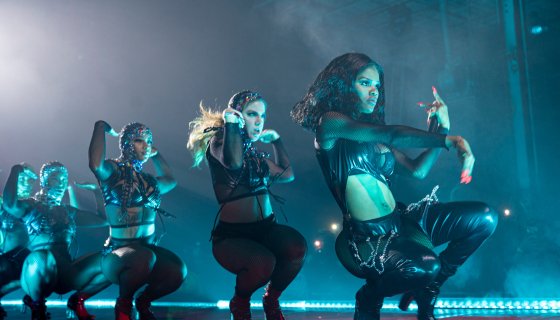 is no stranger to putting in work and with the upcoming release of her new behind the scenes documentary, fans will see just how hard she works.

On Thursday (Feb. 20) Teyana Taylor released the trailer for her upcoming Red Bull documentary Assembly Required: Teyana Taylor’s House of Petunia. The 60-minute film will give fans an up-close-and-personal look at the creative process of putting together a show, as well as juggling being a wife and mother.

The documentary also shows being more vocal about the stress factors that come with being in the entertainment industry.

“Sometimes people get comfortable and I gotta fire them. Being a black woman in the entertainment business, trying to make this shit right, I ain’t got time for this shit,” Teyana reflected. “[People have] been shitting on me my whole career but I still stand tall. I still get through all that.”

Teyana also discusses her creative freedom when it comes to her and why costumes play a huge part in her shows. During a dress rehearsal, when a dancer is concerned about wearing a revealing top, Taylor immediately retorts: “Free the nipple, b*tch!” Soon after, her “lapdance contraption” is unveiled, with Taylor overseeing its usage to “make it y in the whole room.”

In the trailer, the KTSE singer is seen walking through the New York City subway dressed in full glam before showing another intense scene with Taylor is speaking about her performance and the importance of personally reviewing her work.

“I want to see that for myself, I don’t care about anyone else’s opinion,” she says to her team. “It feels really good to have the opportunity to have my dream show.”

Check out the trailer for Assembly Required below.