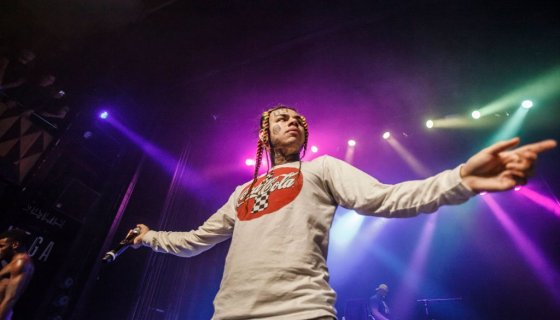 The Coronavirus doesn’t care if you didn’t snitch or if you dropped dime on everybody. Infamous rapper is desperate to get out of jail early over fears of catching COVID-19.

TMZ reports that the “Gummo” rapper’s lawyer, Lance Lazzaro, wrote a letter to the judge pleading for the rapper’s early release. Snitch Nine’s attorney claims that Tekashi suffers from asthma, which will make him more susceptible to complications if he were to contract COVID-19. Also, Lazzaro revealed that his client was diagnosed with bronchitis and sinusitis in late 2019 and was even hospitalized in order to be treated.

Lazzaro also claims Tekashi was recently suffering from shortness of breath. However, prison officials refused to let him see a doctor, allegedly.

Tekashi is due to be released from prison in early August, after initially looking at up to 47 years in prison. However, the Brooklyn rapper took a plea deal and starting singing. While sending numerous associates to the slammer, he was sentenced to a mere 2 years, including time served, for all the criminality he witnessed seeing and relayed in court.

The former member of the Nine Trey Bloods has no doubt been spooked by . After spending some time in Rikers, yesterday (March 22) it was revealed Weinstein tested positive.

Whenever he does get out, the singing rapper will be seeking millions of dollars he probably doesn’t have.

Don’t bank on the judge being moved by Tekashi 6ix9ine’s lawyer’s letter, though. Wash your hands often, son.