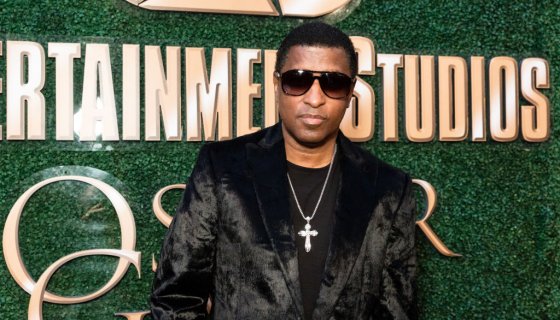 After numerous postponements and technical issues, the highly-anticipated #VERZUZ battle between and Babyface finally went down, and it didn’t disappoint.

The giants in the music industry were supposed to battle it out on Instagram Live earlier in the month but got its wig pushed back due to Babyface and his entire family . The battle was rescheduled for April 18, and everyone had their fresh 90’s inspired outfits ready to go for the big night.

Unfortunately, they were let down again due to Teddy Riley doing too damn much because he wanted to use his app to broadcast the event, and that messed with the sound. A frustrated Swizz Beatz and Timbaland instructed Teddy to shut the IG Live session down it again, moving it Monday, April 20.

The third time turned out to be the charm thankfully with more than 3 million people tuning in to see Babyface and Teddy Riley battle it out musically.

The battle didn’t go off without some issues with Teddy experiencing some sound issues once again, but nothing on the level of Saturday night that forced the event to be stopped. Towards the end, both artists had trouble joining each other IG Live sessions, which turned out to be a problem on Instagram’s end Swizz revealed in an IG post.

In the end, fans enjoyed every minute of and even got some unheard Michael Jackson stories from Babyface as well finding out the singer/songwriter and producer was shady as hell.

It was another tremendous #VERZUZ event and only solidified how popular the brainchild of Swizz and is. In fact, they are already on top of the game and launched official social media accounts for the #VERZUZ brand on both Twitter and Instagram.

Like Saturday, it also produced some hilarious Twitter commentary as well. You can peep the reactions to the epic Babyface #VERZUZ Teddy Riley showdown in the gallery below.

When she start takin her panties off on FaceTime pic.twitter.com/UrO5xVzw3P

Babyface that last round #VERZUZ pic.twitter.com/ZsaWNX4YU9

Babyface: “ I didn’t know remix counted in this thing. That ain’t no problem cause I don’t remix anyway.”

Ok…no one is moving so we’re watching FROZEN 3?

If “This gonna f*ck em up” had a face: pic.twitter.com/ZLKYuCF8KS

This is what it looks like when your parents are trying to figure out social media. #Verzuz #BabyfacevsTeddyRiley pic.twitter.com/pEUEsvA7RO

The most interesting thing about these #VERZUZ IG Live battles for me is seeing artists, songwriters and producers who have been releasing lackluster material be in the comments saying how much they miss that type of music. pic.twitter.com/NgHaVSf6U1

Why Babyface call Teddy out when he played that Janet Jackson song?

Face: “Oh, did you write that, produce it, or remix it?

Babyface: Oh, I didn’t know we could do remixes. I don’t do remixes, maybe that’s why. #BabyfacevsTeddyRiley pic.twitter.com/viIhV13HPm

Babyface pulled out the guitar and in this exact moment Teddy knew he had to sabotage the battle. #BabyfacevsTeddyRiley pic.twitter.com/bIOVsmM0D9

The winner is us, y’all. US. #BabyfacevsTeddyRiley

Oh we got a battle… pic.twitter.com/jzhocfl5RV

Tonight’s live with Babyface and Teddy Riley was beautiful to witness. So much history and greatness amongst the both of them.💕💕 I love us.❤️ When Babyface pulled out that Tevin Campbell .. I lost it!!! 😂😂😂 #BabyfacevsTeddyRiley Black people have all of the infinity stones pic.twitter.com/vEtSoeKJzX