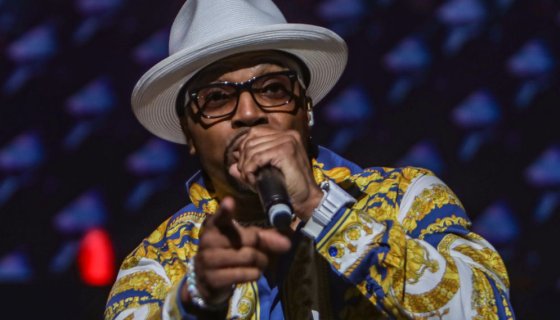 It appears that and ‘s “Verzuz” battle series has received a colossal addition after legendary hitmaker announced that he was happily accepting the challenge to go up against fellow legend .

On Thursday (Apr 2) during his #AtHomewithTeddy concert series, Teddy Riley stopped the world after he made the official announcement that he would go head to head with LaFace Moguls and Babyface.

“You know we have been doing all of these challenges and I must say this, I was challenged,” Teddy said. “This Sunday, I was challenged to do “Verzuz” with Babyface and L.A. [Reid] and I accept. Two against one, I’ll have to bring my Robin too.”

#PressPlay: #TeddyRiley announced he’ll be challenging #Babyface AND #LAReid this Sunday. Who y’all got? 👀🙌🏾🤔 #ClassicRnB

Although Teddy thought his invitation was against the production duo, Swizz Beatz confirmed that the battle will be the ultimate showdown, an iconic one on one battle between Riley and Babyface with each playing 20 songs, with an official announcement Instagram.

“@teddyriley1 VS @babyface 🙌🏽 This is one of the iconic moments me & @timbaland have been working on! Sunday will go down in the history books! Once again VERZUZ made it happen! See you Sunday 6pm est on @teddyriley1 Live Zone Zone Zone !!!!!!!”

@teddyriley1 VS @babyface 🙌🏽 This is one of the iconic moments me & @timbaland have been working on! The Sunday will go down in the history books! Once again VERZUZ made it happen ! See you Sunday 6pm est on @teddyriley1 Live Zone Zone Zone !!!!!!!

The legendary battle marks the seventh battle in the “Verzuz” series that was kicked off two weeks ago after battling with their extensive catalogs of hits, but according to Swizz during a recap live with Timbaland last week, the concept was three years in the making.

“It’s great to finally be able to give these artists and creatives their flowers while they are here but also remind the people of the hits that we have created,” Swizz said. “It’s like a crash course in good music, but this didn’t just start overnight; this is three years in the making that Tim and I have been working on this.”

It looks like finally paid off, because fans from all over are overly excited about the upcoming battle, with many placing their predictions as to who they believe will be declared the winner; while many are excited that a battle of this magnitude is even happening.

While we all will be tuning, Black Twitter definitely did not disappoint with their reactions to the battle, check out some of the hilarious responses to the announcement below.

So we got Lil Jon vs Tpain on Saturday. Then we got Babyface/LA Ried vs Teddy Riley on Sunday?? The late 20s-40+ crowd are going to be LIVING this weekend.

These IG battles really like the club now 😂. We gonna be in our living rooms like pic.twitter.com/mwe0Pvr4Ag

I'm partial to Teddy Riley but how does anyone beat Babyface? He has own Highway in Indiana… pic.twitter.com/iKBZ76h1nO

How I’m pulling up to Ig live for the Babyface Teddy Riley battle pic.twitter.com/betyGJuNhI

Me getting ready for Teddy Riley vs. Babyface pic.twitter.com/GE7oixzMAb

Teddy Riley vs Babyface AND T-Pain vs Lil John this weekend?! Chile pic.twitter.com/eB8ikad6mk

Again….I'm seeing some Tweets this morning almost dismissing Teddy Riley's chances in his upcoming battle between Babyface. 'Face is a songwriting machine. But Teddy has layers beyond New Jack Swing. The man even has a K-Pop run. Don't sleep on Teddy Riley.

My fit for the Teddy Riley vs Babyface & LA Reid battle: pic.twitter.com/T9wEQVQPef

Teddy Riley Vs. LA & Babyface?!? Ok now thats worth getting excited about!

Teddy Riley vs Babyface & LA Reid battle. We all know who's gonna win this.. Kenneth Brian Edmonds ❤️❤️ #babyface. Can it be Sunday already pic.twitter.com/lS0SjNu0u9