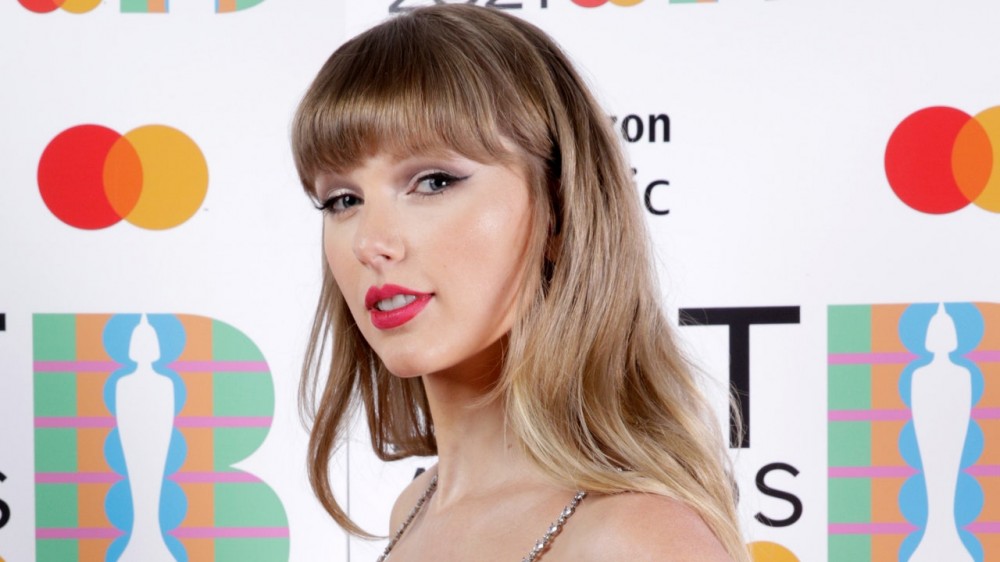 There are few celebrities who guard their privacy with the same intensity as Taylor Swift. While rumors have abounded that she has spent much of the past year in London with her boyfriend, actor Joe Alwyn, the musician has chosen to keep schtum on the matter. Instead, she’s only made choice appearances to promote her surprise (and now critically-acclaimed) lockdown records, folklore and evermore.

It feels particularly intentional, then, that for the BRIT Awards in London tonight, Swift made her first public appearance since the Grammys in March earlier this year—and in style. Wearing a glitzy Miu Miu two-piece consisting of a bralette and column skirt, Swift accepted her award as a Brits Global Icon with a speech that reflected on becoming both the first woman and non-British recipient of the prize.

Swift dedicated the award to her predecessors whose activism inspired her to become an outspoken voice for women’s rights, LGBTQ+ rights, and the Black Lives Matter movement over the past year—as well as honoring the new generation of musicians being celebrated at the ceremony. “If you’re being met with resistance, that probably means that you’re doing something new,” she said. “If you experience turbulence and pressure, that probably means you’re rising. And there might be times when you put your whole heart and soul into something and it’s met with cynicism or skepticism. You can’t let that crush you. You have to let that fuel you.”

As Swift’s beautiful Miu Miu outfit makes clear, giving a powerful speech doesn’t mean you have to compromise in the fashion stakes. Quite the opposite, in fact. Getting dressed up for a night out will always be one of life’s greatest pleasures, and it’s something Swift understands in spades. It’s no coincidence her look was one of the most joyful of the night.