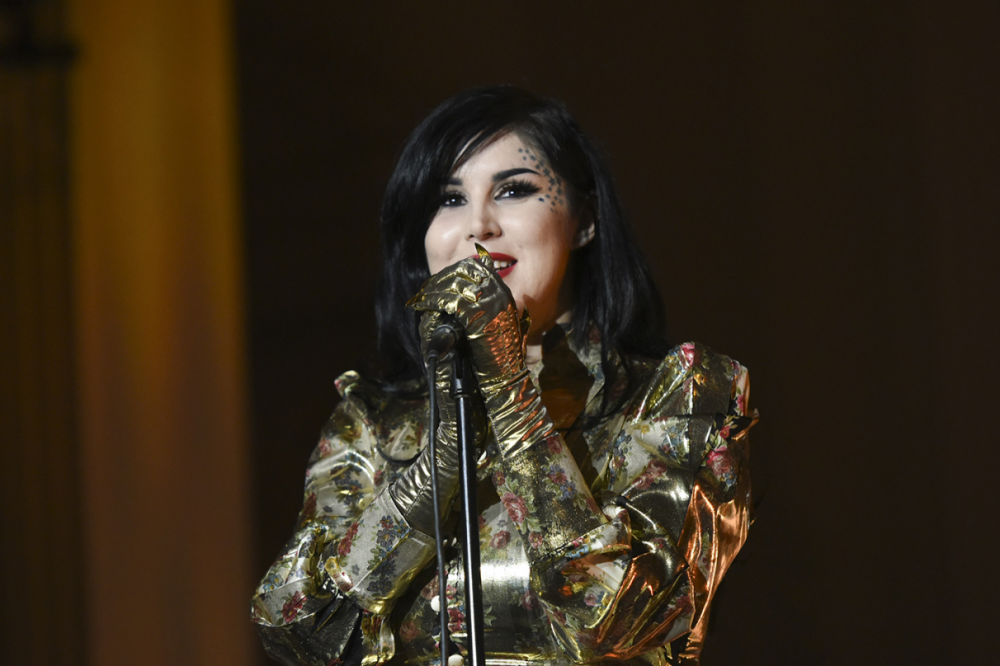 Kat Von D, who is best known for her work as a tattoo artist on the reality show LA Ink, is trying to make a different kind of mark, this time in the music industry.

Von D, who was born in Montemorelos, Mexico, has released her debut single, “Exorcism,” from her upcoming album Love Made Me Do It. She says it’s a love song that everyone can relate to because falling in love can sometimes feel like you’ve been “possessed,” both in positive and negative ways.

“In this case, it’s bad,” Von D told Flaunt. “That song was really inspired by…a ton of exorcism movies–everything from The Exorcist to modern-day exorcism-themed movies. I liked the concept of tying a love story to the idea of losing control of yourself and losing yourself within that process. It’d be hard for us to find somebody who couldn’t relate to it.”

Von D says she wrote most of the songs for her 12-track album about a decade ago. At the time, she said she was in love with someone who “lived across the ocean.”

“It was this very unrequited sense of love in a relationship,” she says. “Obviously, within the last 10 years, I’m happily married now. I have a kid, so I’ve already processed these feelings. To me, the sentiment still rings true in a lot of ways. It could be inspiring to a lot of people who listen to it.”

Some of the lyrics of “Exorcism” include: “The times you found me weak and took me underneath / I failed to cast aside the voice of disbelief. Come back into these arms is what you begged of me / Commit to sacrifice, I’m crying to be free.”

Love Made Me Do It debuts August 27.