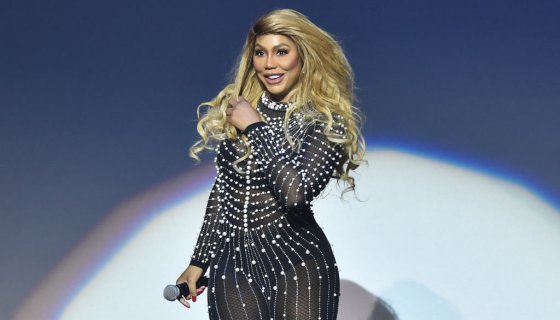 It looks like one of our culture’s biggest personalities will be okay. It seems is on her way to a full recovery.

As spotted on The Blast the reality star is reported to be in communication with her healthcare providers at the medical facility she is currently housed at. Last week she allegedly attempted suicide. While the details on what really happened are still being pieced together the “Love And War” singer shared some very cryptic messages on her social media channels leading up to the incident. This report claims that the release of a trailer for her upcoming show Get Ya Life! triggered her to spiral.

According to their sources she was “blindsided” by the clip as she felt it portrayed her in a very negative light. But if you let TMZ tell it her boyfriend David Adefeso was the first one to get upset and took it out on her causing her become mentally unstable. In the now released 911 call David specifically mentions her issues with WeTV.

In the clip is shown attempting to repair herself but the journey gets rough when she feels that the television crew is trying to portray her as the stereotypical Black woman. At the end she is behind closed doors with her beau and is heard yelling “David, stop!” before the production staff runs to diffuse the situation.

Currently she has been transferred to a new facility which is said to specialize in treating mental health. You can watch the trailer in question below.