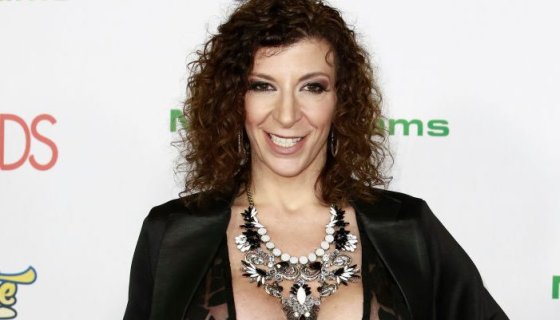 is having quite the crash and burn moment on Twitter after he was engaged in a two-week battle with a Black woman he angrily accused of being a colorist. With the Brooklyn Hip-Hop veteran’s Twitter account shut down for good, his detractors and critics are continuing to dunk on him by airing out rumors he allegedly slept with actress, .

The chatter online at the moment is that rumors are surfacing that one half of the Black Star duo has a history of hopping into bed with strippers and stars. It isn’t immediately known which Twiter or social media user began the Sara Jay talk, but it’s taken on legs Sunday evening (July 26) with Jay’s name becoming a rapidly rising trending topic.

Kweli has since moved his online operation to Instagram where he’s been getting a lot of support from his famous peers and collaborators, while still enduring jabs and barbs from fans who felt his barrage of tweets against the aforementioned woman to discredit her claims was over the top.

Along with Kweli’s suspension or removal of his Twitter account, Kweli’s wife, the one he was claiming to defend, seemed to stand apart from the rapper and activist’s actions, suggesting that it was hateful towards women. She also reportedly revealed that the pair are no longer living together, which then sparked more discussion of claims that Kweli has fathered a child with another woman while still married.

Check out all the Talib Kweli and Sara Jay slander below. And we shouldn’t have to explain what “real beaters” means, right? Right.

All Talib Kweli stupid ass had to do was nothing. Lmfao literally nothing. Now we all know you’re separated, got a kid with a side chick, and fucked Sara Jay in a 2 week period

Listen… if Sara Jay was just kicking it and one thing lead to another……. pic.twitter.com/MvOlgIUgdp

Just to get by pic.twitter.com/1Ht7RShK8b

This goes out to all the niggas claiming that they wouldn't pound Sara Jay's cheeks to smithereens. Wear it with pride kings! You've earned it 🧢 pic.twitter.com/v4OdOhbmuf

Me: Sara Jay? Nah. Never. Who watches her? Y’all wild.

Me (after midnight lonely): pic.twitter.com/AWEDZH5kcH

sara jay look like a big titty lonzo ball but she top 5 of all time https://t.co/RLUGGN3lXP

Talib Kweli smashed Sara Jay, who got the BLACKED link?

Talib Kweli really tapped Sara Jay.
No wonder why that nigga been tweakin.

Wait so now dudes is on this app chasing the ghost of Talib Kweli. All whilst pretending they wouldnt bone Sara Jay if they had the chance. This app is a big joke is anybody honest on here. pic.twitter.com/OKVjCKmluH

fuckin Sara Jay is a W. id throw my whole marriage away for 5 minutes https://t.co/omjJKzoW7r

I’m seeing Talib Kweli knocked down Sara Jay. OK. The more disturbing thing is the number of dudes in the Twitterverse that are envious. Someone tweeted out he’d throw his marriage away for a chance at her.

So, standards are out now. Damn.

He fucked Sara Jay? She looks like Triple H with titties. He can keep Black Star 2 tbh https://t.co/Yco3qUdnM1

Sara Jay and Triple H got the same nose pic.twitter.com/mpWLP1Xkwz